1 killed, 5 injured in car chase that ended in a crash in northwest Harris County 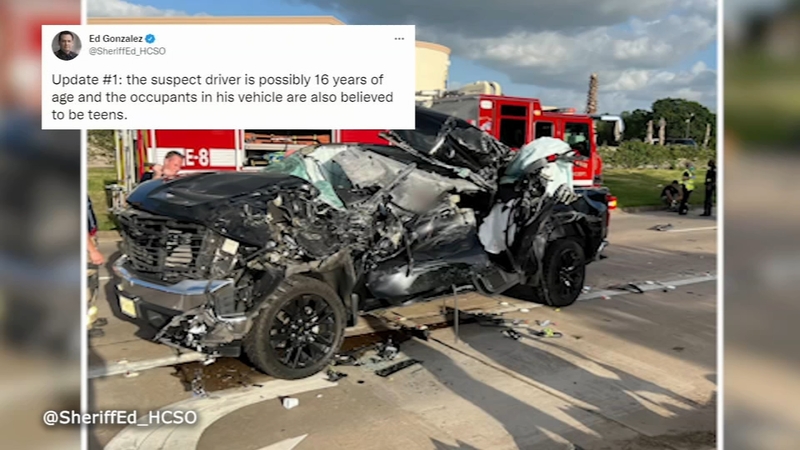 HARRIS COUNTY, Texas (KTRK) -- On Friday evening, a deputy was in pursuit of a suspect that ended in a fatal crash in northwest Harris County.

One person was killed and five were injured , including an 8-year-old, in a three-vehicle crash on Friday evening.


At about 5 p.m., a Harris County deputy was attempting to make a traffic stop when the teen driver fled near Greenhouse Road and Little York, according to HCSO.

The short chase ended when the driver struck two other cars.

One car occupied an adult, who was pronounced dead, and an 8-year-old were both taken by LifeFlight from the scene, according to HCSO.

Three people were in the other vehicle. They were all taken to a nearby hospital.

The teen, believed to be 16 years old, was driving with two other teenagers, who were all taken to the hospital.

One of our units attempted to conduct a traffic stop at Greenhouse Rd & Little York when the vehicle fled. The suspect vehicle then struck two other vehicles. The driver & two passengers of the suspect vehicle have been transported to hospitals. The adult driver of a 2nd 1/2 pic.twitter.com/2IkjEIalWL