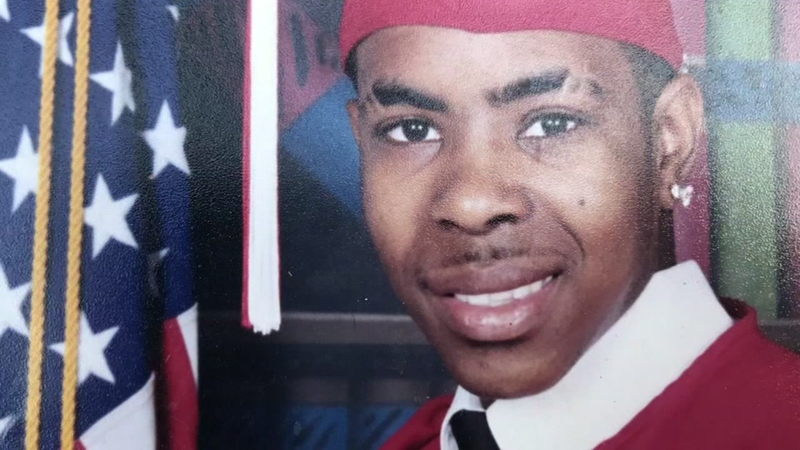 HOUSTON (KTRK) -- Investigators are trying to locate the men who tried to rob a Family Dollar store, killing a clerk in north Houston.

The victim was identified as Demonique Johnson. His family said he was a 30-year-old father of two young boys.

"Never bothered nobody," said his father, Willie Johnson. "Hard working man, all he did was try to make money to do what he needed done."

Two men entered the store, located in the 7600 block of Jensen, just after 10 p.m. Friday. Police say Johnson struggled with the men. You could see that in surveillance video given to Eyewitness News by Johnson's family. He can be seen falling to the ground when the men got through the front door -- which he was trying to close.

At one point, you see one of the men bend down to pick up what appears to be a gun. He then shot Johnson at least twice, before both men ran away.

According to his father, Johnson had worked at the Family Dollar for 4-5 months at the Jensen store and for the company a few years.

Police describe the attackers as men in their 20's. One was wearing a gray hoodie, the other had a hoodie that was possibly white and black. They were last seen running south from the store after the shooting.

Johnson's family asks that you call police if you know anything about those responsible for his murder.

"I pray to God that we catch them," Frances Chevalier said. "They gonna get caught and justice will be served to the fullest."