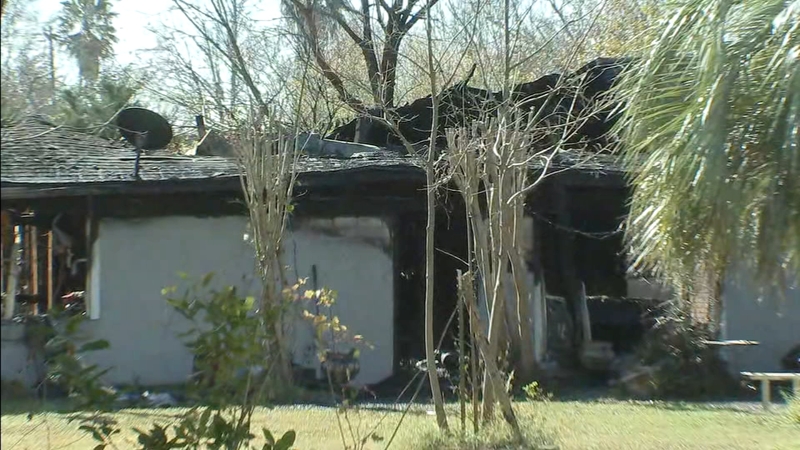 HOUSTON, Texas (KTRK) -- A family has been displaced after a fire destroyed their home and killed their pets on Christmas Eve.

The homeowner, Ruperta Leal, says she created 25 years of memories in her home, and was looking forward to spending Christmas with her kids and grandkids.

Around 5:30 a.m., firefighters responded to a house fire in north Harris County where Leal and seven of her family members resided.

Two of her grandkids were taken to the hospital, but are expected to be okay. Officials say three pets died in the fire.

"I feel horrible for my mom and for my dad," Leal's daughter Mariana Grifaldo said. "They basically lost everything. They did not have home insurance or anything, so basically they lost all of their hard work."

Red Cross is currently assisting the family, and Grifaldo has set up a Gofundme account.

Officials say the fire was caused by an electrical failure of an outlet in one of the bedrooms.