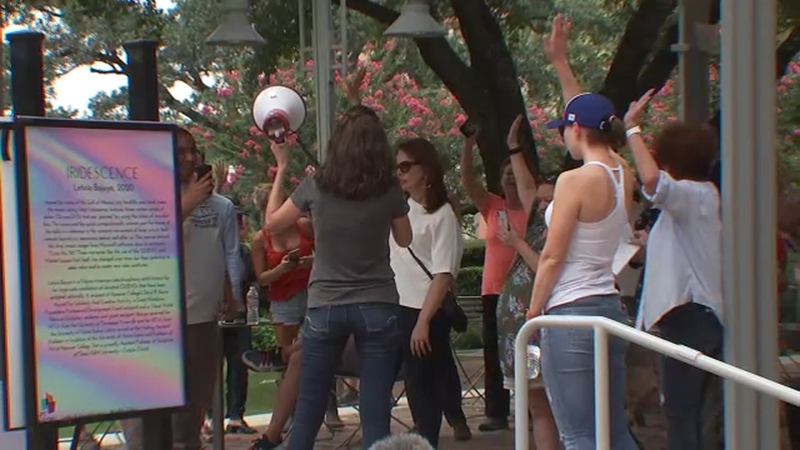 As the list of face mask orders grows across the county, one Houston group doesn't believe the mandates are legal.

"We are not going to be told that we have to wear a mask. Her executive order does not trump the Constitution of the United States," said Tex Christopher, the protest organizer. "Many people die each and every single day. We have already murdered 55,000 babies here in the state of Texas, and nobody is wearing a mask. No one is saying anything about it."

"My friends are getting sick in the Texas Medical Center. This is just insane. I don't understand why Governor Abbott has opened up so soon," said a counter protester.

The mayor of Pearland ordered the city to start wearing a mask Sunday. Their order is in effect until July 12, but it could be extended.

The city of Dickinson has done the same. Their order is set to expire July 5.

It is up to businesses to enforce the mandate. Otherwise, they could face fines or shut down orders.

Wearing a bandana or scarf around your face is also allowed in replacement of a mask, as long as it covers the mouth and nose.