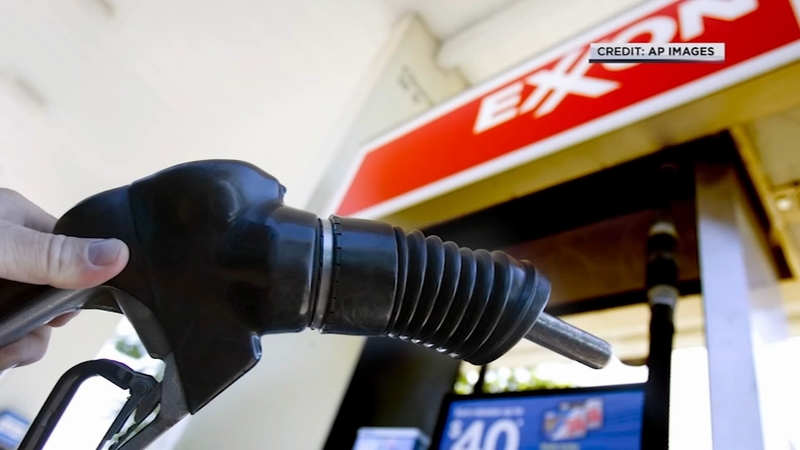 ExxonMobil in Houston: Oil and gas giant announces headquarters are relocating from Irving, Texas to Spring

The energy giant announced on Monday that it is relocating its headquarters from Irving, Texas to its campus north of Houston in the Spring area.

The move is scheduled to be completed by mid-year 2023, ExxonMobil said in a statement.

According to a press release from the company, the relocation will enable closer teamwork to accelerate and increase value delivery.

"We greatly value our long history in Irving and appreciate the strong ties we have developed in the North Texas community," said Darren Woods, chairman and chief executive officer. "Closer collaboration and the new streamlined business model will enable the company to grow shareholder value and position ExxonMobil for success through the energy transition."

The relocation is part of a bigger business structure streamlining announcement.

"They moved from New York to Dallas a few decades ago, and that was a clear tip to say, you know, the center of energy activities is in the state of Texas," said Chief Energy Officer Ramanan Krishnamoorti at the University of Houston.

Krishnamoorti adds that Exxon Mobil's latest move relocating their corporate offices from Irving to the existing office in Spring is big news for Texas.

"Exxon shifts from Dallas, which is clearly closer to the production side, rather than the production and utilization and pipeline, says Krishnamoorti.

The oil giant said in a news release, they're streamlining their business structure to enhance effectiveness, grow value, and reduce costs to better support their customers.

ExxonMobil told ABC13 in an email, that 250 people currently work at the Irving location, including the CEO and management committee.

Krishnamoorti says this is a clear indication of how the company is evolving, "We will continue to export a lot globally, but in order for Exxon and hydrocarbons to progress, we've got to address the carbon emissions issue."

They just formed a group of 14 companies putting in $100 billion in the ship channel to address carbon emissions. The company said this restructuring could save the company $6 billion in structural costs with plans to relocate the office by the middle of 2023.

"They will be supported by a single technology organization, ExxonMobil Technology and Engineering, and other centralized service-delivery groups providing like capabilities, building on the successful consolidation of major projects across the corporation in 2019," the company said in a release.

In response to the announcement, Houston Mayor Sylvester Turner stated, the move will bring a strong workforce and wealth of resources.

"I welcome (Monday's) news that ExxonMobil will relocate its corporate headquarters to the Houston area. As the 10th largest company in the U.S., according to the Fortune 500, Exxon will bring a strong workforce and a wealth of resources. In this city, we partner with our energy sector to move forward positively in a way that can benefit Houstonians and create a global impact on climate, resilience and sustainability. Exxon's decision further supports Houston as the center of the energy transition. The city is currently working on two major projects with the company, including the large-scale deployment of carbon capture and storage (CCS) technology. We look forward to opportunities to collaborate in the future to benefit the Houston area," said Turner.
Report a correction or typo
Related topics:
businesshoustontexasenergytexas newsexxonmobil
Copyright © 2022 KTRK-TV. All Rights Reserved.
EXXONMOBIL
Robbery suspect that sparked fatal pursuit near Eastex Fwy on the run
2 workers injured in ExxonMobil Baytown refinery fire sue for $10M
Neighbors recall rude awakening during ExxonMobil refinery fire
What chemicals were released during ExxonMobil plant fire?
TOP STORIES
NRA convention in Houston day 2: Protests continue at Discovery Green
Uvalde school police underwent active shooter training 2 months ago
Flight cancellations kick off Memorial Day weekend
Livingston school presents student's diploma who was killed in 2021
'Is it worth my kid?' Parents of TX school shooting victim speak out
iFest changes locations after NRA protests take over Discovery Green
Timeline breaks down Uvalde school massacre
Show More
Police inaction moves to center of Uvalde shooting probe
Texas gunman threatened rapes, shootings on Yubo app, users say
Over 3K CenterPoint customers were powerless in NW Harris Co.
There's now a small chance for rain on Memorial Day
Woman gets 15 months in prison for punching flight attendant
More TOP STORIES News