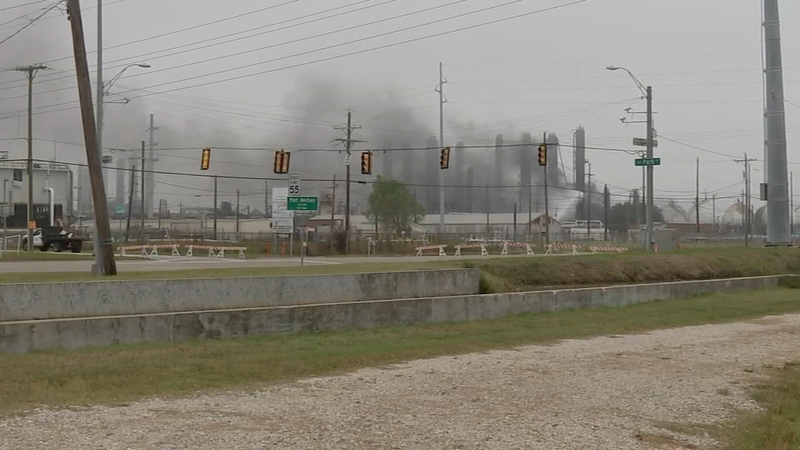 PORT NECHES, Texas (KTRK) -- Officials are urging Port Neches residents to not touch the debris from the fires at the TPC facility.

Fires continue to burn at the site, but TPC officials say the fires are contained.

On Friday, the mandatory evacuation and curfew order in effect for the Port Neches area was lifted by Jefferson County Judge Jeff Branick.

Now, officials are worried about a possible asbestos exposure, which could look like a white chalky substance in debris.

TPC officials can not say how long the fires will continue to burn, but they encourage anyone who finds debris to call their hotline.

The initial blast happened around 1 a.m. Wednesday at the TPC Group plant off Highway 366. The facility is approximately 95 miles east of Houston.