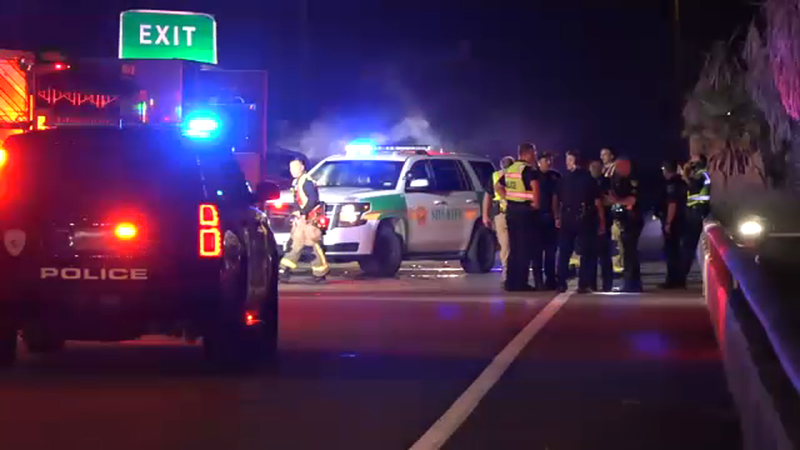 GALVESTON COUNTY, Texas (KTRK) -- A man has been charged after he crashed a vehicle carrying eight children, sending four to the hospital, authorities say.

It happened on I-45 N at Tiki Island Friday evening.

The Galveston County Sheriff's Office told Eyewitness News a man and a woman were in a vehicle with eight children.

Investigators said the driver was on a curved road and veered off at the Cloverleaf interchange into a field where the vehicle crashed.

Four children were rushed to the hospital and at least one of them suffered a broken leg.

None of the children were wearing seatbelts, according to authorities.