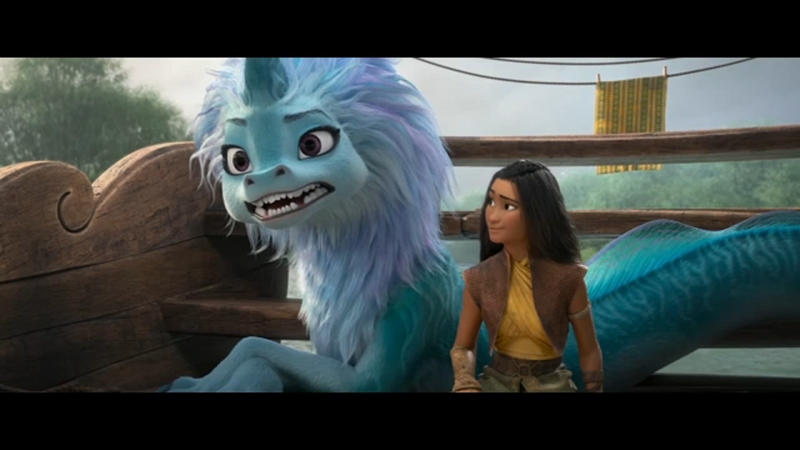 CHICAGO -- "Raya and the Last Dragon" is gearing up to be a mega-hit with sheroes leading the charge!

Some of the filmmakers who created the daring screen adventure talk about the timely message of unity after a mystical place where families and dragons once lived in harmony is shattered.

Now, a fearless young woman is determined to save her people and even her enemies.

"Early on there was always the idea of a strong female protagonist and the female dragon," said screenwriter, Adele Kim. "there are not that many Hollywood movies with a really meaningful female friendship at its heart - at its core."

the film focuses a whole lot on trust.

"You look around at the world and you see that people are using our differences as a way to divide rather than to come together to embrace it," said producer Osnat Shurer.

the incredible, dream voice cast is made up of all Asian-Americans.

"You start hearing Awkwafina as Sisu and you know we're going down the right path," Shurer said. "there's both the humor and she had us on the floor laughing during the recording session but also the courage to be vulnerable and bring the emotion."

"It's not just about a magical creature; it's not about doing the right thing, and it's easy and it's a one time deal - it's that you do the right thing - even though you lose everything," Kim said. "You lose people and things that are dear to you, people betray you, you are let down, you are beat down but she gets up she reaches out and that to me and that to us is a hero."

"Raya and the Last Dragon" is playing in area theaters and streaming on Disney Plus. Meet the team of 'The Mighty Ducks: Game Changers' Disney shifts 'Black Widow' and doubles down on streaming