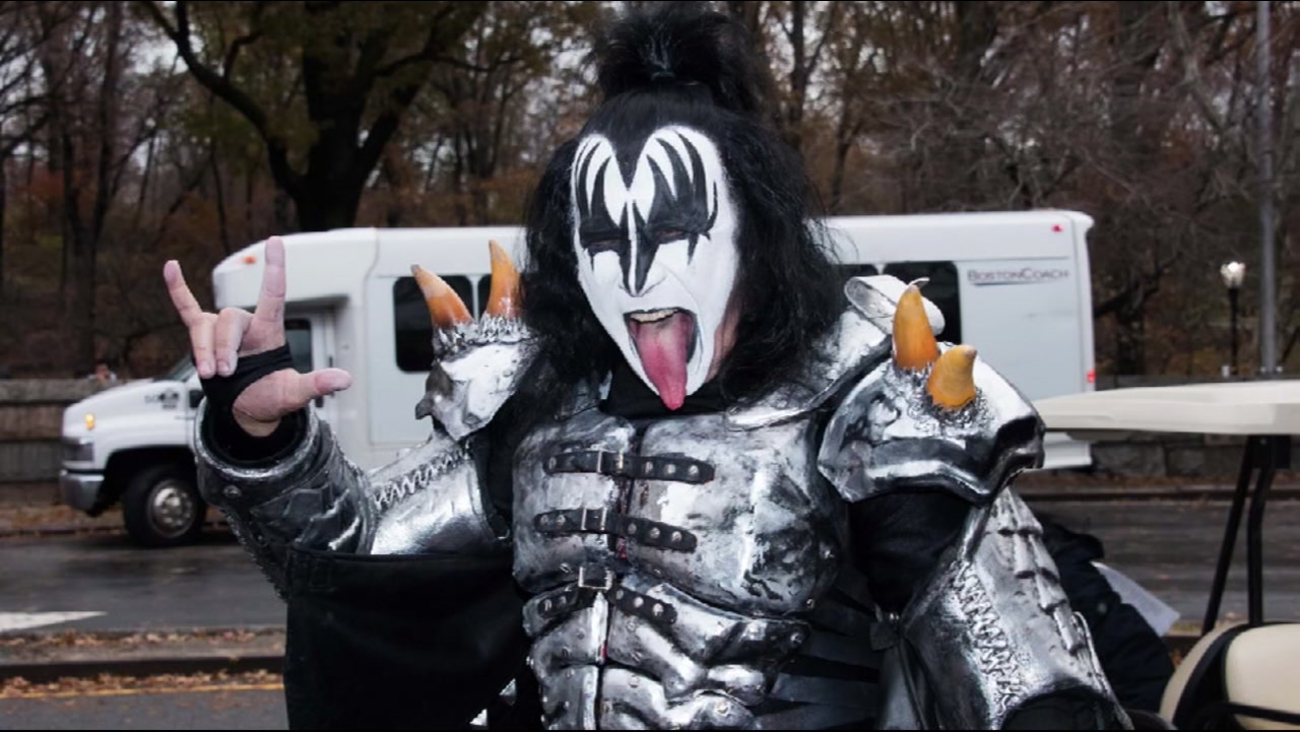 Watch that thumb placement carefully, Longhorns and Texans fans or you may owe the lead singer of KISS. (KTRK)

Watch that thumb placement carefully Longhorns and Texans fans, or you may owe the frontman of KISS.

Gene Simmons has filed an application to trademark the sign rock-and-roll fans have used for decades to symbolize "rock on" and the sign language gesture for "I love you."

Simmons claims he first used the gesture commercially in November of 1974 during the KISS "Hotter Than Hell" tour.

Simmons may not realize that John Lennon also used the gesture on the cover of the Beatles "Yellow Submarine/Eleanor Rigby" record in 1966.

Not to mention, American Sign Language first emerged in 1817.

And the sign University of Texas students use has been a tradition since 1955. It was created when a student noticed that the hand gesture produced a shadow figure resembling a longhorn, the university's mascot.

Some Texans' fans have adopted the gesture, but it remains unofficial.

While similar, the "Hook 'Em" sign differs from Dr. Love's "rock on" in thumb placement. His trademark application for the gesture specifically mentions a perpendicular thumb. The Longhors' sign includes a thumb folded over the palm, tucked on top of the folded middle and ring fingers.

Even if he is awarded the trademark, Longhorn fans will still be safe to "Hook 'Em!"