Young Texas voters 'turned out in droves' on Election Day 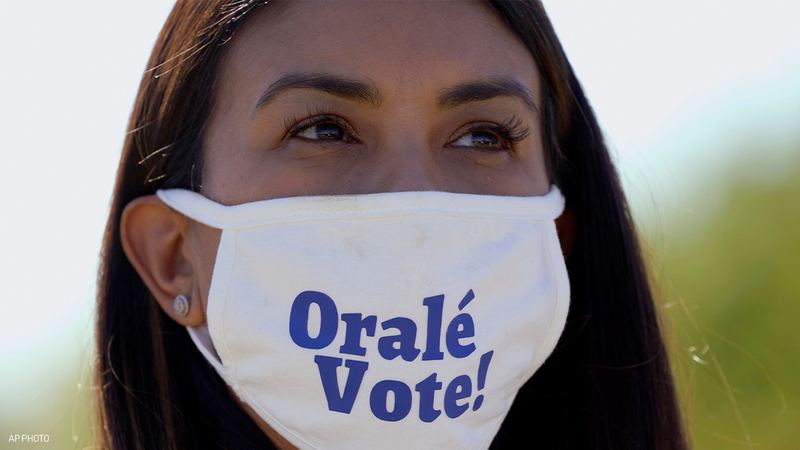 Young Texas voters 'turned out in droves' on Election Day

Among those voting for the first time are many young voters.

Raven Douglas is with the non-partisan group Move Texas, which advocates for more youth participation in elections. She said from 2018 to 2020, they've registered more than 100,000 young voters in the Lone Star State. In 2020, they helped register more than 55,000 people.

"We have seen youth voter turnout from 2016 increase upwards of 600%. We've had 1.3 million young people cast their ballots during early voting. We expect thousands more to turn out and vote [on Election Day]," said Douglas. "We are really showing that young voters, we are not apathetic. We just have an issue with accessibility. When we bring voting to young people, when we bring voter registration to them ... we can see them turn out in droves, like we see right now."

With the coronavirus now surging anew, voters ranked the pandemic and the economy as top concerns in the race between Pres. Donald Trump and former Vice President Joe Biden, according to AP VoteCast, a national survey of the electorate.

The momentum from early voting carried into Election Day, as an energized electorate produced long lines at polling sites throughout the country.