By JULIÁN AGUILAR, THE TEXAS TRIBUNE 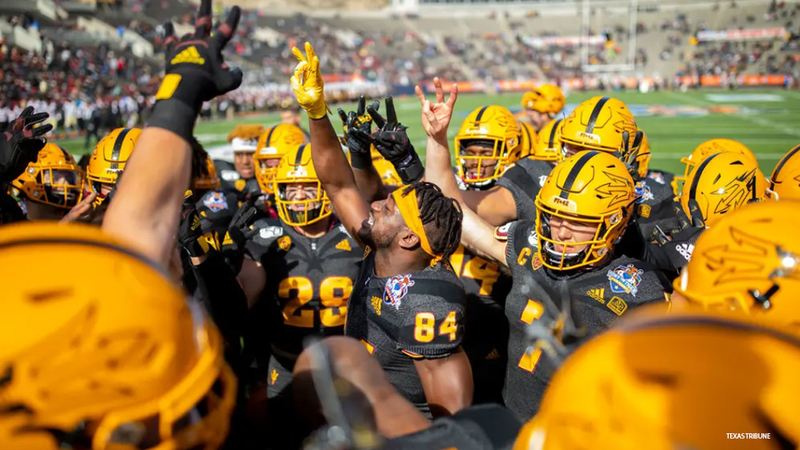 EL PASO, Texas -- Before former Texas Longhorn Priest Holmes was an all-pro running back for the Kansas City Chiefs, before Thurman Thomas was a four-time AFC champion with the Buffalo Bills and before Burt Reynolds achieved Hollywood stardom for roles in "Deliverance," "Smokey and the Bandit" and "Boogie Nights," the three men had one thing in common: they all had laced up their cleats in El Paso for the annual Sun Bowl game.

And El Pasoan Hector Muñoz was there to see it all.

The annual contest is the longest running college football bowl game in Texas and second in the country behind the Rose Bowl. But earlier this week, bowl officials announced the game is canceled because of the COVID-19 pandemic that has already handed El Paso more than its share of grief and loss when compared to the rest of the country.

It means Muñoz, who will turn 77 later this month, will miss his first game since 1953.

"I remember they had the parade on New Year's Day [before the game]. I remember walking with my dad [on the parade route], we walked by our house and lived in Sunset Heights," Muñoz said. "And then we headed over to the stadium."

But as much as he laments the break in tradition, he knows the Sun Bowl committee made the right decision. The pandemic has caused at least 900 deaths in El Paso, hospitals are at capacity and mobile refrigeration trucks have been hauled in to temporarily store bodies as local funeral homes become overwhelmed.

"I was disappointed because we have our ritual: get up early, go to the park and set up for the tailgate. But they have to do what they have to do," Muñoz said. "Some of my friends have passed away [from COVID], so that hits close to home. And you say, 'Hey they're doing the right thing.'"

Sun Bowl officials share the regret. On the game's website, which still shows a clock counting down to what would have been game day on New Year's Eve, Sun Bowl Association Executive Director Bernie Olivas said the decision, although difficult, was an obvious one.

"The safety and well-being of everybody involved must be our priority, and our board unanimously approved the cancelation of the 2020 Tony the Tiger Sun Bowl," he said, referring to the game's current sponsor, Kellogg's. Olivas said the game and all the associated festivities will return in 2021.

John Swofford, the commissioner of the Atlantic Coast Conference, which sends a team to the Sun Bowl each year to face a PAC-10 team, added: "We empathize with the great people who work for the Sun Bowl and the fans in El Paso who have faithfully followed and attended this game for so many years. We understand this was a difficult decision to make, but one that is best for the health and safety of the Sun Bowl community and participating teams."

The game was originally created as a fundraiser to benefit underprivileged youth and to fund improvements to El Paso High School. It has hosted college teams since 1936 and provides between $12 million and $15 million in economic impact to the community, according to the bowl's website.

That won't happen this year. But Muñoz said 2021 will bring better things if El Pasoans pull together.