How a soccer ball found a seat to NASA history not once, but twice 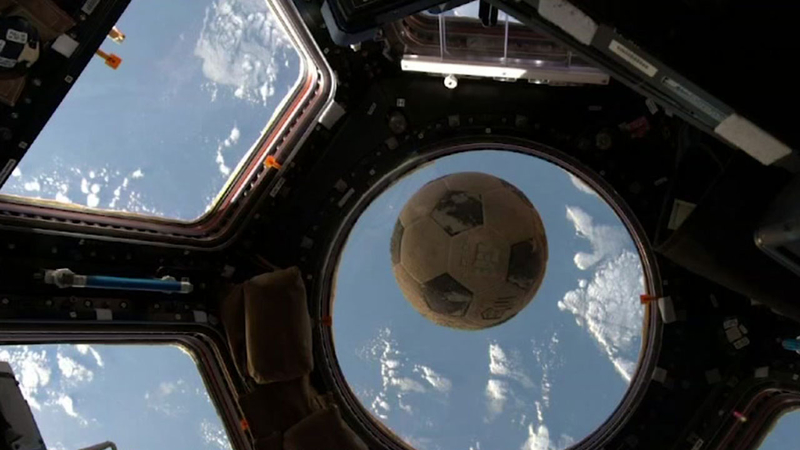 CLEAR LAKE, Texas (KTRK) -- Clear Lake High School and NASA will forever be linked by two moments - one triumphant, one tragic - and a single piece of sports equipment.

In 1986, the Falcons boys and girls soccer teams gifted the space shuttle Challenger crew with a signed soccer ball to take on their mission.

In blue letters on its side, the ball read, "Good luck, shuttle crew."

Seventy-three seconds into its January 28, 1986 flight, the Challenger broke into pieces, killing all seven of its crew members. The soccer ball survived the crash.

"I actually had just turned 10," said Clear Lake Falcons head coach Larry McRae, who said he remembers the fiery accident like it was yesterday.

"I remember walking home from school when it occurred. That is just one of those days you never forgot what you were doing."

Thirty years after the ball's tragic voyage, the soccer ball was taken into space again with NASA astronaut Shane Kimbrough on Expedition 49 of the International Space Station.

For 173 days, the soccer ball was in orbit with Kimbrough, who even took photos with the ball.

The Falcons football team will honor NASA and the Challenger crew during its upcoming season by wearing a special sticker with a rocket emblem on their helmets.