'Dynamite Desperado' wanted for robbing Galleria-area bank, stating he was strapped with explosives 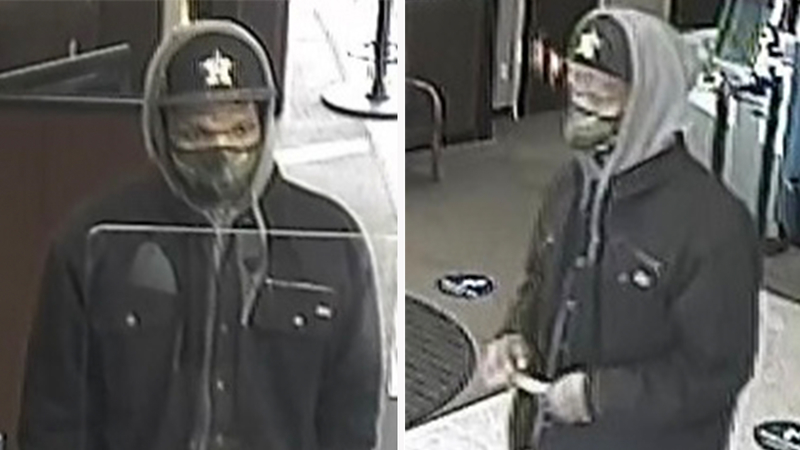 Around 4:35 p.m., the suspect entered the Chase Bank at 5020 San Felipe St. and approached a teller, according to investigators.

The suspect gave the teller a "threatening note" demanding money, the FBI said. He allegedly claimed that someone had taken his children and strapped explosives to him.

Recognize him? Dubbed the 'Dynamite Desperado', he robbed the Chase Bank at 5020 San Felipe on Monday 1/4/21 at around 4:30 pm. He's a thin Black male, 6'-6'4" tall, wore a black jacket over a gray hoodie, a black Astros baseball cap & a camo face mask. @CrimeStopHOU #HouNews pic.twitter.com/0EVzLg563T

The FBI said the teller, in fear of her life, gave the suspect an undisclosed amount of money. The suspect left the bank on foot and headed southbound toward S. Post Oak Lane.

Witnesses at the scene did not see any explosives or weapons.

Officials describe the suspect as a thin, Black male, approximately 6' - 6'4", in his 20s or 30s. Surveillance video shows he was wearing a black jacket, gray hoodie, black Astros hat, a green camouflage face mask, jeans, and black and white sneakers.