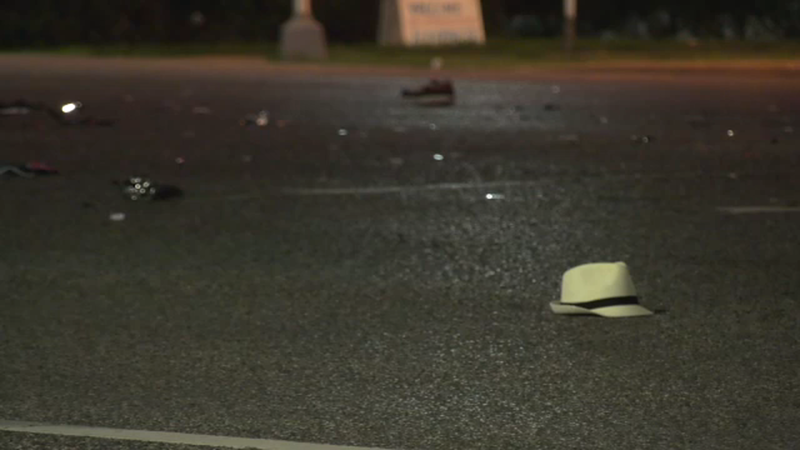 HOUSTON, Texas (KTRK) -- A truck driver was arrested early Saturday morning and is now facing a DWI charge after he hit and killed a man crossing a street in southwest Harris County, according to Harris County Sheriff's Office deputies.

It happened at the intersection of Highway 6 and Bellaire Boulevard around 2 a.m.

Deputies said the 59-year-old man was crossing at a crosswalk when he was hit by the 2008 red Dodge Ram 1500. It's not clear if the driver had a green light or not.

The man crossing the street was pronounced dead at the scene.

Deputies said the driver was found to be intoxicated.

The driver is believed to have been driving home from a party, according to Sean Teare with the Harris County District Attorney's Office.

Teare warned that deadly crashes spike as the summer approaches.

"We're coming into the end of school. Summer time. Every year we see a spike because of that. People have more free time. They have more time out. People die as a result," he said.

Prosecutors said it's possible charges could be upgraded to intoxication manslaughter, depending on the outcome of the investigation.

The man killed has been identified, but deputies have not yet reached his next of kin.