'My family is gone': Husband reacts to drunk driver's sentencing for crash that killed his wife and baby 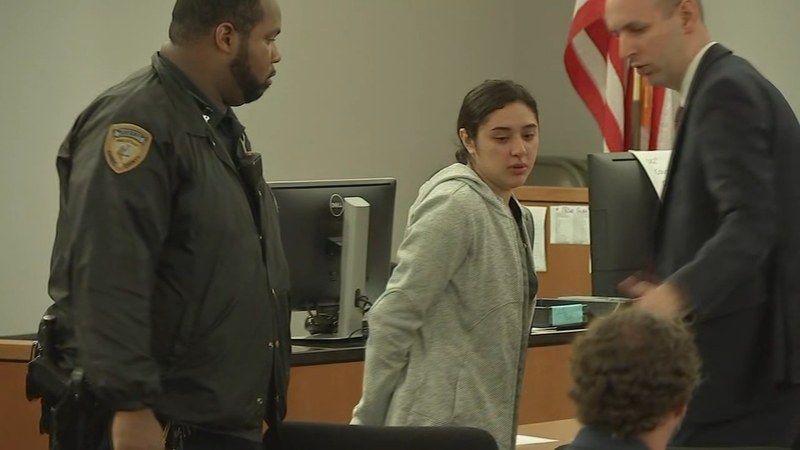 HOUSTON, Texas (KTRK) -- As Bryan Joseph sat down in the front of a crowded courtroom, he composed himself, then looked directly into the eyes of Veronica Rivas, the woman who killed his wife and newborn son.

WATCH: Man who lost wife and baby in crash delivers message in court

Raw emotion in the courtroom as Bryan Joseph speaks directly to Veronica Rivas and her family.

RELATED: Mom and baby killed in crash by drunk driver in Clear Lake

Rivas looked down at the table in front of her, wiping her eyes from time to time.

The 20-year-old was sentenced to 18 years in prison Friday for driving drunk, killing Bryan's wife, Shayla Joseph, 36, and their son Braylan, who was 3 months old.

In February 2018, Rivas slammed into Shayla's car on the I-45 feeder road near El Dorado in the Clear Lake area. Her blood alcohol level was almost three times the legal limit.

"This case grabbed everyone early on," said Sean Teare, head of vehicular crimes with the Harris County District Attorney's Office. "I was at this scene on February 28 of last year. When you're standing on the side of the road and you see a dead child that's less than six months old, you know that somebody is getting the worst phone call of their life."

"Just so there is no confusion, I want maximum penalty," Bryan said while delivering his victim impact statement in court. "I have not softened my stance one bit. Not one bit."

As Bryan spoke, his best friend, Noah Hennigan, stood at the front of the courtroom holding a purple blanket that read: Shayla Needle Joseph, with photos of her and Braylan screen-printed onto the fabric.

Noah spoke after Bryan, remembering Shayla's bright smile, homemade gumbo and the love the young wife had for her family. As Noah recounted getting a call from Bryan after the accident, several family members broke down. Noah said the call went like this:

"'They're dead,'" Bryan said. "'My family is dead. My whole entire family--gone. Everything I worked for, everything I lived for, just gone that quick.'"

Last month, Rivas pleaded guilty and agreed to the prosecutor's deal, the nearly two-decade sentence. The maximum sentence for intoxication manslaughter is 20 years in prison, a sentence Bryan believes is too light.

"My goal right now is to try and get these laws changed so that the penalty matches the crime," Bryan said.

After court was finished, Shayla's mother, Mertis Edwards, cried as she spoke to the media.

"It's not right," Edwards said. "(Shayla) deserves so much better than that. She's a beautiful child. A life lost for nothing."

Shayla was Edwards' only child. Braylan was her only grandchild.

Neither Rivas' family members or attorney would comment after the sentencing was over.