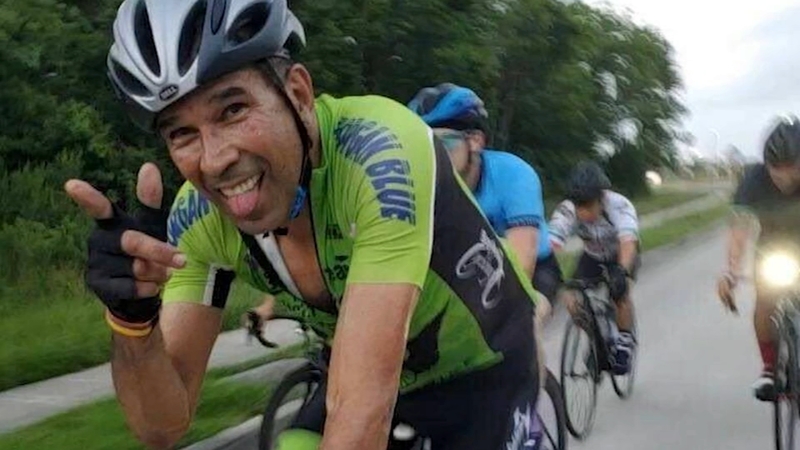 HOUSTON, Texas (KTRK) -- Police have identified the cyclist who was hit and killed while riding his bike near Ellington Airport on Saturday.

The victim was identified as 61-year-old Hector Saldarriaga.

Those who knew Saldarriaga said he wasn't only an avid cyclist, but a father of three children who are left heartbroken.

Family said he was riding the same route he took weekly for almost his whole life when he was hit by a suspected drunk driver.

Crystal Reyes, 37, is charged with intoxication manslaughter and failure to render aid. Police said she tried to leave the scene but was found about a mile away after she nearly struck Houston officers.

The bicyclist died at the scene on Galveston Road near Ellington Airport Saturday morning.

Saldarriaga moved to the Houston area from Colombia at a young age and raised three children who are left heartbroken.

"He was loved by the community, extremely loved by the cycling and motorcycling communities," said his daughter Deijeine Saldarriaga. "He was the kind of guy who would walk into a room and greet everyone with a joke."

Deijeine said she takes some comfort knowing he died while doing what he loved so much. His family created a GoFundMe to help cover additional expenses.