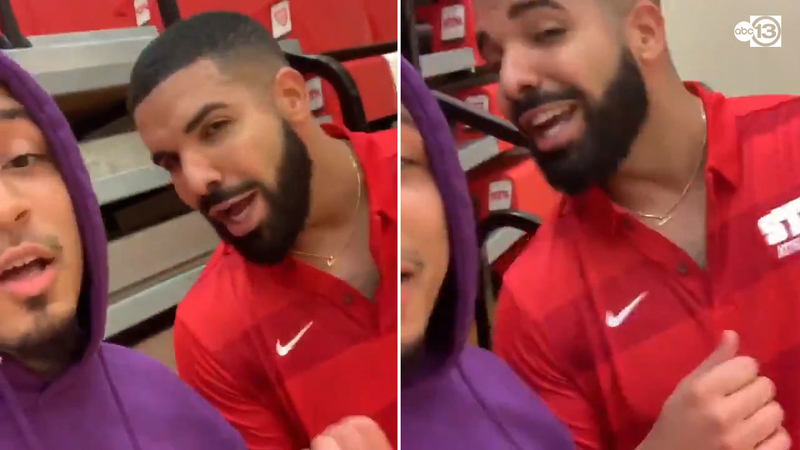 HOUSTON, Texas (KTRK) -- Drake's month has been one big victory lap for the multi-platinum rapper.

Fresh off the big NBA title win by his hometown Toronto Raptors, the "Nice For What" rapper landed in his Air Drake jumbo jet in Houston, as witnessed last week by Houston Texans star J.J. Watt on Twitter.

Appreciate you letting me borrow the bird bro! 😂😂@Drake pic.twitter.com/mcJy8jQa5U

While it wasn't clear why Air Drake or the music star was in Houston, we at least know one of the activities he was involved in.