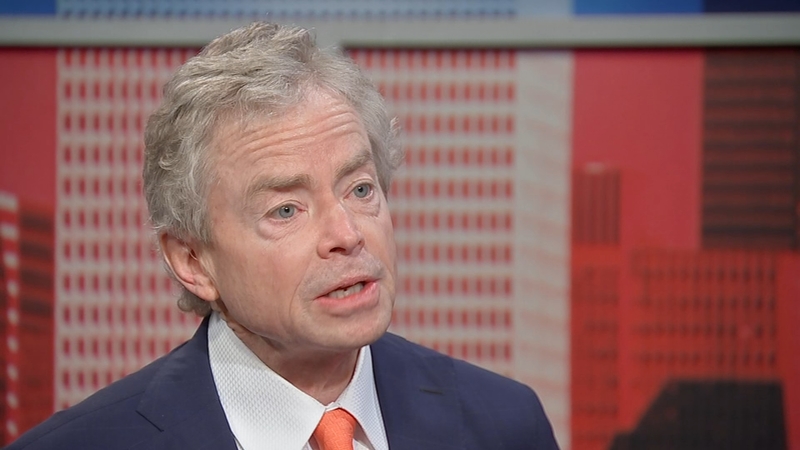 HOUSTON, Texas (KTRK) -- You have probably seen his advertisements on television. Don Huffines is spending millions to compete in the Republican primary and oust incumbent Gov. Greg Abbott.

Huffines is a former state senator from north Texas and says he is the right Republican to lead the state. He is not shy about his plans for Texas. Huffines plans to deploy an army along the border, eliminate property taxes, and restore what he says is a lack of trust in elections.

His campaign has 12 field offices across the state and three in the Houston area. Huffines is crisscrossing from Texas, attending fundraisers, meet and greets, debates, and forums to talk about his brand for Texas conservatism.

It is a platform with 12 principles that focus on the constitution, the Declaration of Independence, the sanctity of life, the right to defend property, and marriage between a natural man and a natural woman.

Huffines served two legislative sessions in the Texas Senate and called himself an actual Republican, something he says incumbent Abbott is not.

RELATED: What to know about Texas' election map as primary polls open

"I want to be accountable to the voters," Huffines said. "I am not looking for a new job or a new career. I'm looking to solve the problems. I am not as interested in the position as much as I am interested in the solutions. "

He starts and ends with the border, which he believes is Texas's most critical issue. The same problem was first raised by primary opponent Allen West and one that Abbott has spent much time discussing as the direct approach. And while the governor has touted building a wall and sending National Guard troops, Huffines says he would go a step farther.

RELATED: Beto O'Rourke puts spotlight on TX power grid: 'It was the failure of leadership from our Governor'

"I'm never asking permission from the federal government to secure the Texas border," Huffines said. "That's not necessary. The constitution gives me the authority to do what I need to repel an invasion. That's article 1, section 10. I'm going to do whatever I need to do to stop this invasion. Our Republican party in Austin is generally run by RINOs, Republicans in name only. They don't believe in our Republican party principles."

He is one of seven republicans challenging Gov. Abbott. He contends that among all eight in the primary, he has the best chance of beating likely Democrat nominee Beto O'Rourke.

"The Democrat's number one campaign issue they're working on is the shutdown, our electrical grid, the ERCOT problem, the meltdown when we had hundreds of people dying, and of course, that's all on Abbott," Huffines said. "They can't run an ad against me."