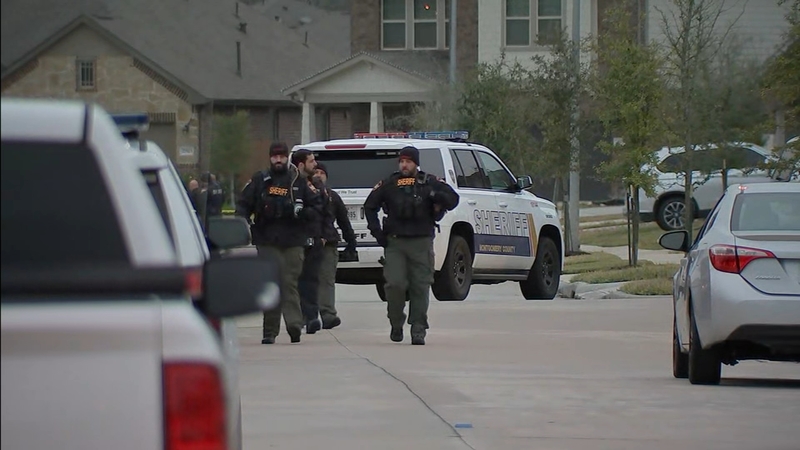 SPRING, Texas (KTRK) -- SWAT officers have detained a woman accused of barricading herself inside a home in the Spring area after biting someone.

Montgomery County sheriff's deputies were called to a home in the 27900 block of Augusta View Drive around 3 a.m. for a firearm disturbance call.

Upon arrival, deputies learned that there were four adults living in the home, and three of them got into a verbal argument that escalated into a physical altercation.

SWAT & CNT on scene of a Domestic Violence incident with a barricaded subject in the 27000 block of Augusta View Dr in Spring, Texas. PIO enroute to the scene. There is no threat to the public. Please avoid the area by finding alternate routes. pic.twitter.com/GSDKkfMliy

After that, Lt. Scott Spencer said the 51-year-old got a gun and pointed it at the other three adults in the home.

Thankfully, Spencer said the three other adults were able to get out of the home safely.

A 51-year-old homeowner and his 24-year-old daughter live in the home with the 51-year-old suspect and the 48-year-old woman, Spencer said. The relationship between the two other adult women is unknown.

Shortly after 8:30 a.m., the 51-year-old came out of the home and was taken into custody without incident, deputies said.

No shots were fired during the altercation, deputies said.

**UPDATE: The suspect is in custody without incident.**