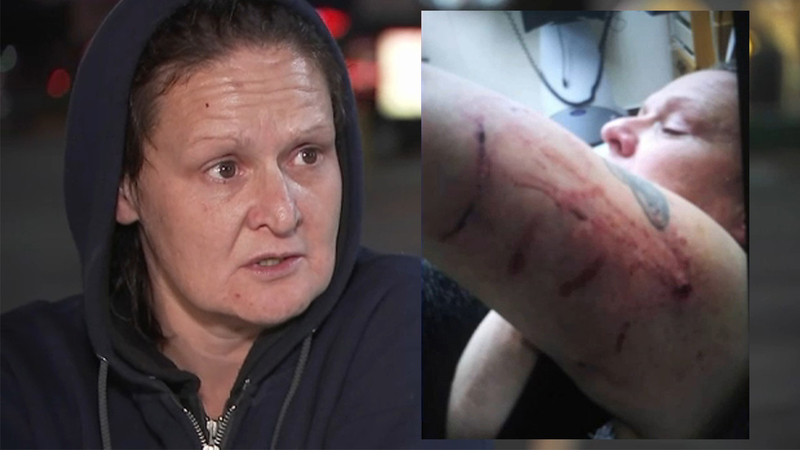 HOUSTON, Texas (KTRK) -- A woman who survived a dog attack in north Houston last year said her neighborhood still isn't safe after she and her friend were attacked by three pit bull dogs.

Houston police were called to the 5500 block of Arlington Street near East Hamilton in December 2019.

The friend was mauled to death, but Bobbie Jean Atchison survived thanks to an unknown good Samaritan.

"I would have been dead," said Atchison. "I would not be here standing talking to you if it wasn't for that man in that car."

Atchison spoke with ABC13 Thursday and said she only remembers loud honking from a car as she was being mauled by the pit bulls. The good Samaritan was inside the car and jumped in to help Atchison the moment he saw her.

"God intervened at that point, because he showed up or else they would have stayed on her," he said.

Atchison shared some photos of her injuries, but they are too graphic to share. She said her wounds are still healing.

"I have constant pain in the back of my arm," she said. "It's numb still."

The three dogs have since been put down, but the moment continues to haunt Atchison from time to time.