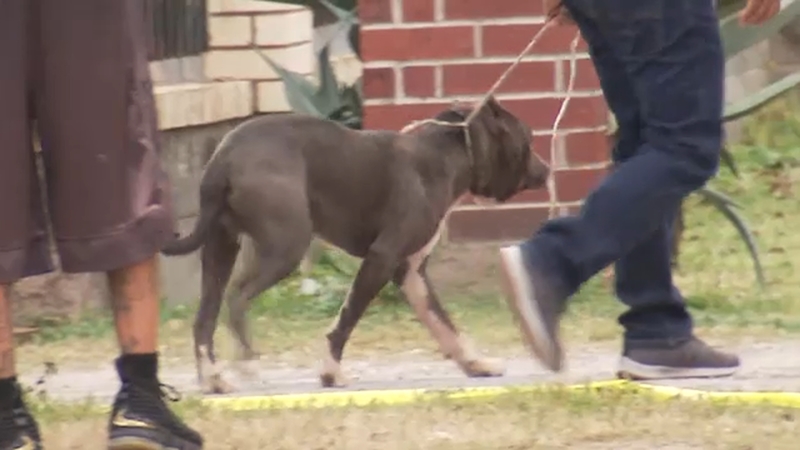 HOUSTON, Texas (KTRK) -- A woman is dead and another is injured after authorities say they were attacked by three pit-bulls in north Houston.

Houston police say they were called to the 5500 block of Arlington Street near East Hamilton around 5:45 a.m. after a man said his wife had been attacked by dogs.

Police say the woman was taken to the hospital in stable condition.

Moments later, another call came in from the owner of the dogs who said his dogs had attacked another woman and she was lying in the ditch.

Officers found the woman dead with bite marks all over her body. The dogs were immediately contained, and animal control is headed to take them away.

Neighbors say the dogs have a history of being vicious.