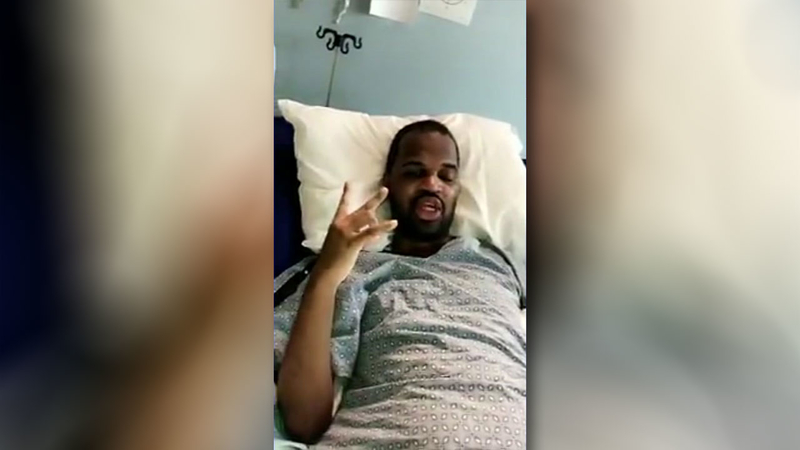 HOUSTON, Texas (KTRK) -- More than four months after being shot in the head during a Facebook Live broadcast, Devyn Holmes is sitting up and speaking.

In a video recently shared by his family, Devyn is seen for the first time saying, "Team 3Stakks, I'd like to thank y'all for your prayers and support."

Sheree has stayed by her son's side every day since the Easter morning shooting.

"It's amazing to me, because after I saw the video, I didn't think he was going to be here, but he's here. He's back to Devyn," said Sheree Holmes.

Through the months of recovery, Devyn reached other milestones, beginning with breathing on his own, then writing, and regaining his motor skills like throwing a ball.

As his physical therapy ramps up, the legal case against the woman seen firing that shot continues.
Cassandra Damper was back in court Monday.

She is charged with aggravated assault causing serious bodily injury and tampering with evidence.

When asked if she would like to say anything to the victim's family, Damper's defense attorney Monique Sparks stepped in.

"She will not be making any statements. We would like Devyn's family to know that we are praying for him. This was a tragic accident, this was her friend and we're hoping him godspeed and the best in his recovery," said Sparks.

Devyn's family says they do want justice, but are focused on the full recovery for the father, brother and son.

His next milestone will be walking again, but his mother says they still have months of physical therapy.

In order to help pay for medical bills, the family has established a GoFundMe account.