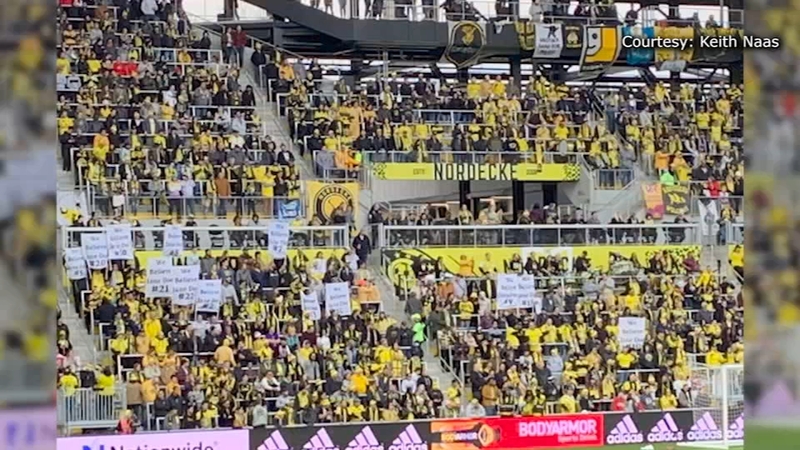 COLUMBUS, Ohio (KTRK) -- It was an in-state statement about Deshaun Watson.

The signs, displayed by the Columbus fan support group Nordecke, are in reference to the 22 civil lawsuits filed by Houston attorney Tony Buzbee alleging Watson, who played four seasons with the Texans, committed sexual misconduct and sexual assault during massage therapy sessions. The lawsuits were originally filed under the pseudonyms of Jane Doe in 2021.

After a Harris County grand jury declined to indict Watson on criminal charges, the Browns traded for him last month and proceeded to give the quarterback a new contract which included $230 million in guaranteed money.


Jimmy and Dee Haslam, owners of the Browns, also run the Columbus Crew.

In a statement provided to ABC13, Jeff Barger, communications director for Nordecke wrote: "Nordecke supports our members' right to express themselves. We have been invited to sit down with ownership to talk about this along with other projects and we look forward to that conversation. Go Crew."