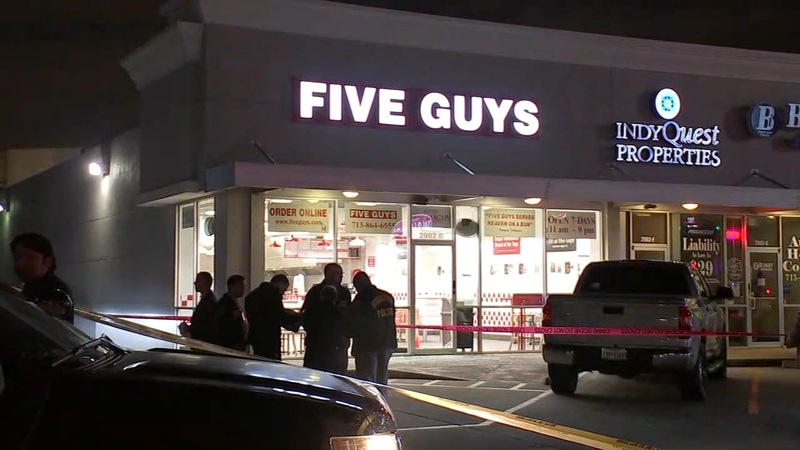 HOUSTON, TEXAS (KTRK) -- A Pct. 5 deputy constable is recovering from a gunshot wound after trying to stop a robbery at a restaurant in northwest Houston Wednesday.

The deputy was working as a security guard at the Five Guys restaurant on North Shepherd.

Police say the deputy was attempting to stop the robbery when several shots were fired at him at 8:30 p.m.

The deputy was sitting outside in his vehicle when he saw the suspect enter the restaurant with a ski mask and a semi-automatic weapon, according to authorities.

Investigators say the deputy decided to wait outside for the suspect because there were customers inside the restaurant, but the suspect spotted him and fired at least four times.

The deputy was shot in the arm and was taken to Memorial Hermann Hospital.

ABC13 has learned this incident happened near the home of Harris County District Attorney Kim Ogg.

"I'm just praying to the lord this deputy is okay and comes out of surgery okay, and that we catch the person who did it," Ogg said.

The suspect is still on the run. He is described as a black male about 6'3'' tall, and wearing a green sweat suit.

A veteran Precinct 5 deputy working security at a restaurant in the 2900 block of N. Shepherd has been shot and injured. He has been taken to a local hospital for treatment. HPD is handling the scene and will be providing updates along with our agency this evening. #hounews