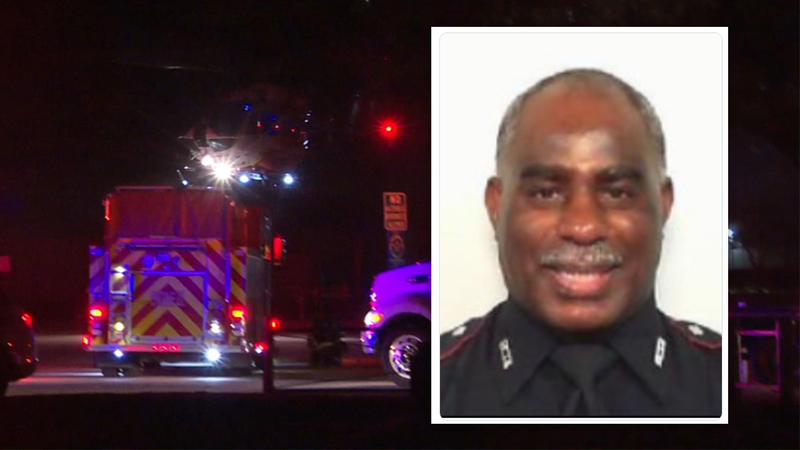 HOCKLEY, Texas (KTRK) -- A good Samaritan may have saved the life of a Harris County Precinct 4 constable deputy overnight.

Radio scanner traffic captured the moment a man found the deputy unresponsive on the ground near a patrol vehicle at Hockley Park around 2:30 a.m. Thursday.

"The officer, he's on the street," the good Samaritan reported into the deputy's own radio. "I don't know, maybe he has some problem."

Deputies and EMS crews rushed to the scene.

"Units, we need a translator, we've got him on the phone. Can we find out if he is just down due to medical or if he's down due to being in an incident?" a first responder reported.

This morning, Deputy William Bell was on duty when he suffered a medical episode.

A good Samaritan observed the deputy and immediately called for help. He was transported via Life Flight to Hermann Hospital and is currently in critical condition.

Please pray for him. pic.twitter.com/gBnh5tEv6w

Officials believe the deputy, identified as Deputy William Bell, suffered a stroke. Bell was breathing when he was taken to the hospital via Life Flight, officials said.

According to Precinct 4 Constable Mark Herman, the deputy is in critical condition. Officials are working to contact the good Samaritan who found him in the park.

Herman said Bell was closing up the park for the night when he suffered the medical emergency. Several people parked at the park in order to take a bus to the Houston Livestock Show and Rodeo last night.