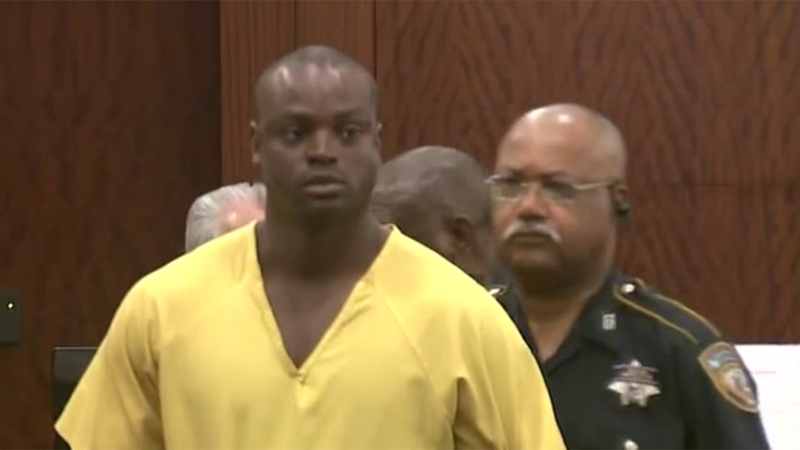 HOUSTON (KTRK) -- There are new developments in the shooting death of Harris County Deputy Darren Goforth. It's a case that's taken all kinds of twists since he was fatally shot in northwest Harris County back earlier this year.

Miles, who is behind bars, is facing a capital murder charge. The warrant is asking for Miles' phone and anything on it. They're looking for video, text messages, phone calls or any type of communication he may have made leading up to when he was allegedly captured on video at the gas station where Dep. Goforth was killed.

Investigators are also asking Google for any searches Miles may have done related to the case.

Goforth was gunned down on August 28 while pumping gas. Miles was taken into custody hours later after a massive manhunt.

There have been a number of twists and turns in this case. A woman who was seen at the gas station the night Deputy Goforth was murdered claims she was in a romantic relationship with him. Then a chief investigator in the case was fired for allegedly having a relationship with that same woman.