It happened around 2:20 a.m. outside the Set Nightclub in the 2900 block of Travis Street.

Deputies working extra jobs at the club responded to a fight in the parking lot when 25-year-old Joseph Anthony Gonzalez opened fire, according to Houston Police. One deputy simultaneously fired back at the suspect, striking him, police said.

A woman, later identified in court documents as Gonzalez's mother, was hit in the leg and taken to Ben Taub Hospital where she was pronounced dead.

Court documents state that Gonzalez shot and killed his mother, but family members dispute that. Houston police say the investigation into her death is still ongoing.

Gonzalez jumped in a red Ford pickup truck and took off, police said. About an hour later, he drove himself to a hospital in Sugar Land, where he was identified and arrested.

HPD said Gonzalez has been charged with three counts of aggravated assault against a public servant and one count of being a felon in possession of a weapon. He remains in a Houston hospital, where he was transferred on Sunday.

Gonzalez is a registered sex offender, according to public data. 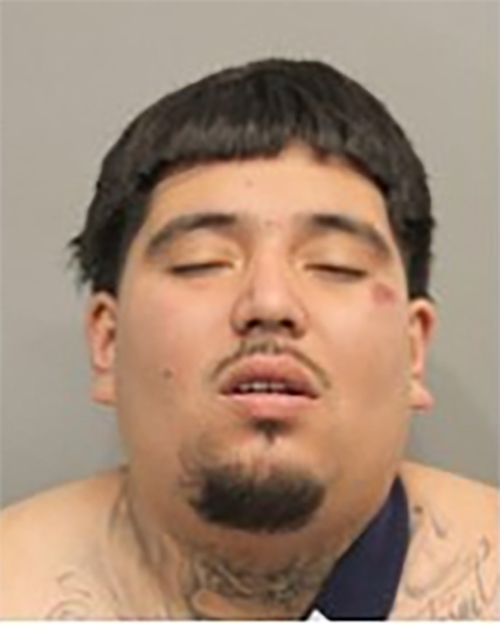 Two of the deputies were taken to Memorial Hermann Hospital, while one was taken to Ben Taub Hospital. All three were recovering and reportedly in good spirits.

As of Monday, authorities at the sheriff's office reported that one of the injured men had been released from the hospital.

All three deputies were working off-duty jobs when they responded to a fight in progress at the Travis Street nightclub. That's when someone began shooting, killing one woman and i

"I've been happy to be able to talk to all families of the deputies involved," Sheriff Gonzalez said. "Two of them, I've talked to directly, and and they're in fairly good spirits. Their families are relieved, scared obviously but relieved. The other one is undergoing some surgery, but the family felt comfortable that she was in good spirits."

A gunman opened fire on a crowd at the club in the 2900 block of Travis Street overnight, injuring three Harris County deputies and killing a woman in her 40s, according to Houston

The violence happened less than 24 hours after an off-duty Harris County deputy died in a motorcycle crash in Pearland.