Family stress leads to rise in domestic violence around holidays 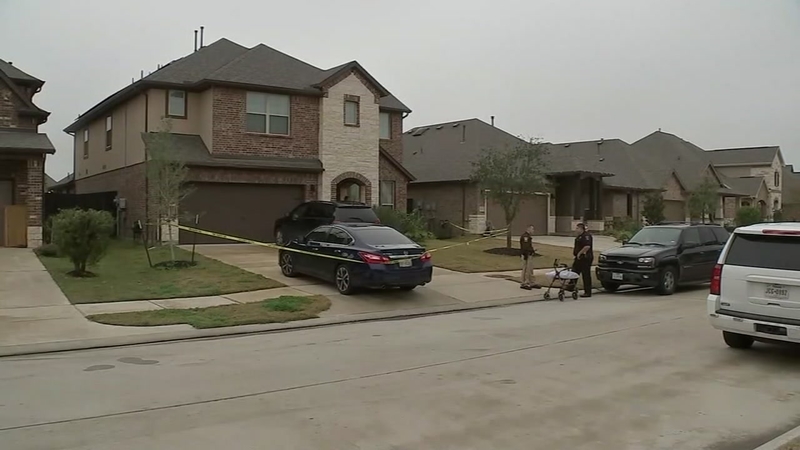 On Wednesday morning, the mother of 30-year-old Brittney Snow discovered her daughter shot and killed inside her home in the 3000 block of Breeze Bluff Way.

Deputies say Snow was killed by her common-law spouse, 29-year-old Benjamin Jones. Jones allegedly turned the gun on himself, and was later transported to the hospital, where he died.

Investigators told ABC13 that the couple had an infant son together, who was at home at the time of the shooting, but was not injured.

Snow's family says she was an active U.S. Navy Reserve, and had another child from a previous relationship.

The second incident happened just 11 miles away in Katy. Deputies say a woman drove up to the Willow Fork Fire Station with her husband shot in the stomach.

According to reports, Briggitte Turner shot her husband during an argument Wednesday night.

Turner's husband was transported to the hospital where he's in stable but critical condition in the ICU.

The couple's teenage daughter, who was at home at the time, did not witness the shooting and was not injured.

The sheriff's office says these cases of violence were likely fueled by the mounting pressures brought on during the holidays.

"I think with the high expectations and with the financial pressures that the holidays bring, people are a little more amped up to respond angrily and to respond in a very high and stressful situation," said psychotherapist Yvonne Champion.

Champion advises people who are feeling overwhelmed by their holiday to-do lists to find someone to speak with about anxiety.

If you're not able to find someone to talk with, she recommends writing, taking a walk and prioritizing.

Champion says by committing to less you will give yourself more quality time.