VOICE YOUR VOTE: Texas Democrats touring more than 30 cities ahead of midterm elections 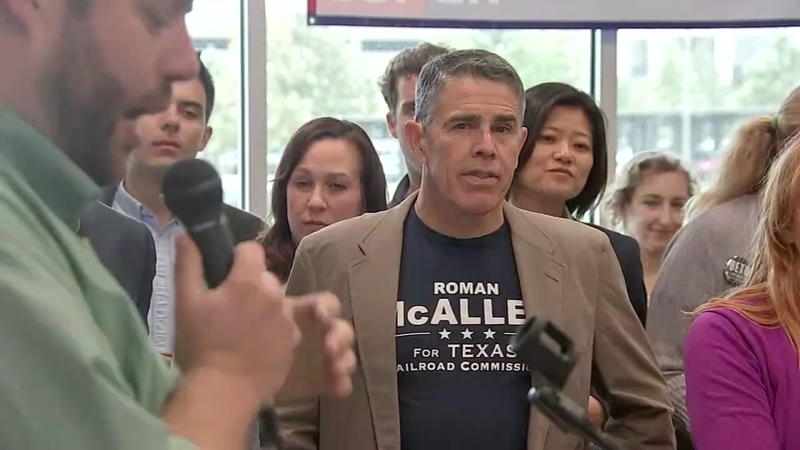 TEXAS (KTRK) -- Early voting kicks off on Monday across Texas, and Wednesday the Democrats started touring local areas by bus.

The Democrats have 10 days to touch more than 30 cities during their Fair Shot Bus Tour.

On board are candidates for Texas Railroad Commission, land commissioner, lieutenant governor and governor..

"It's going to bring out what we already know, the energy that is all over Texas," said gubernatorial candidate Lupe Valdez. "I think there's a lot more folks that are trying to get their voice out this time. A lot of them sat on the sidelines for a long time and people are excited."

The tour will not be easy. According to reports, more than half a million more Republicans voted in the 2018 primary elections than Democrats.

The candidates are hoping that voters will come out and make a dent in the Republican-controlled legislature legislator.

All of the state's top offices are held by Republicans, and all sitting office holders are currently running for election.

Day one of the tour includes stops in Austin, College Station, Katy, and Houston.