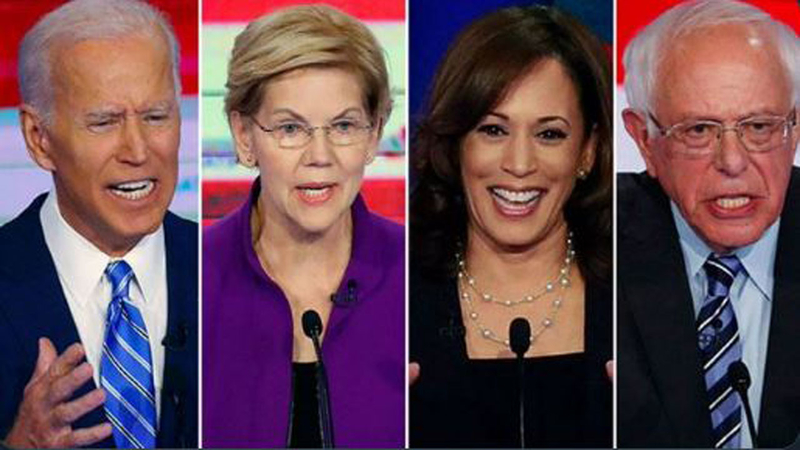 HOUSTON, Texas (KTRK) -- While it remains unknown how the general public will be able to attend the Democratic Presidential Debate next month, Texas Southern University has informed how students and staff will be able to register for a coveted way in.

On Monday, TSU sent out a message regarding the registration process for the debate hosted by ABC News. It's set to take place on Sept. 12 and, if necessary, Sept. 13 inside the H&PE Arena.

In the message to the campus, a first-come, first-served online application process will open to currently-enrolled TSU students, as well as current TSU faculty and staff, once it becomes clear whether a second debate night will occur. The date for the online ticket application is tentatively scheduled for Friday, Aug. 30.

The school reminded students and staff that there is a limit of just one ticket per applicant. TSU is expected to provide additional information about the application process in the coming week.

TSU also announced an accompanying Debate Watch Party at Sawyer Auditorium on campus. This is open to TSU students, alumni and the general public. It is free, but attendees must obtain a ticket, which will be available online on or after Sept. 3, at which point all debate tickets are allotted.

Here is the message TSU sent to students and staff regarding their allotment of debate tickets:

Texas Southern University has been allotted a small portion of tickets for the upcoming Democratic Candidates Debate to be held on campus in the H&PE Arena on Sept. 12 and, if necessary, Sept. 13. At the end of August, after it has been determined if a second debate night will occur, all currently-enrolled TSU students, as well as current TSU faculty and staff, will have the opportunity, on a first-come, first-served basis, to apply for tickets via an online application system. The date for the online ticket application is tentatively scheduled for Friday, August 30. There is a limit of one ticket per applicant with no group tickets allowed. Additional information about the ticket application process will be sent out next week.

For those who aren't able to obtain tickets, or who don't want to attend the actual debate, there's an alternative that will still get you close to the action. TSU will host a campus "Debate Watch Party" in Sawyer Auditorium. This is open to TSU students, alumni, and the general public. While there is no charge to attend the Debate Watch Party, all attendees must obtain a ticket, which will be made available via an online ticketing system on or after September 3 - once the debate tickets have been allotted.

The school added more than 100 students have already applied for internships with ABC to work the event.

With a field of nearly two dozen candidates, the debates include polling and grassroots donation criteria to qualify for the TSU stage. The Democratic National Committee is expected to announce the participants on Aug. 29.

ABC13's Tom Abrahams speaks to TSU students who want their concerns addressed when Democratic presidential candidates land on campus for debates this fall.