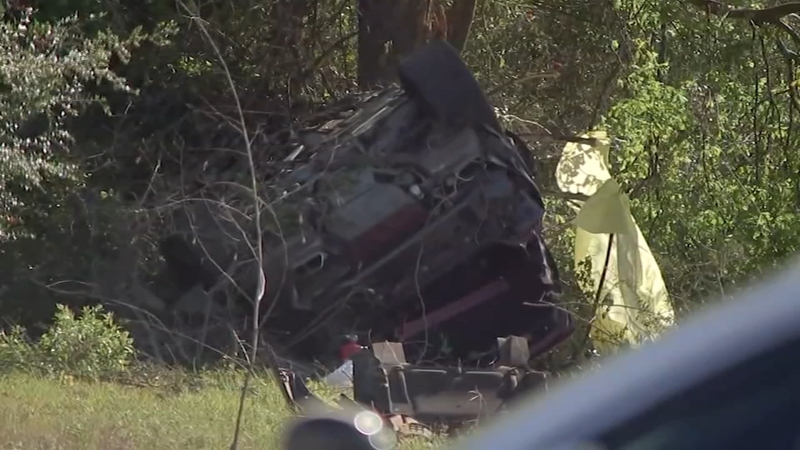 2 killed, 1 in critical condition after police chase ends in crash

HARRIS COUNTY, Texas (KTRK) -- Two suspects were killed, and one remains in critical condition after a police chase ended in a crash in northwest Harris County on Saturday afternoon, according to Harris County Constable Mark Herman.

At about 3:43 p.m., three catalytic converter theft suspects led deputies into a chase on the eastbound lanes of State Highway 99 at Gleannloch Forest Road.

The suspects lost control of their car, flipped, struck several trees, then caught on fire, according to Captain James Blackledge with the Harris County Constable Precinct 4.

"The vehicle, after impact, did catch on fire," Captain Blackledge said. "We only had one unit. He was within view of them when they crashed. He quickly did exit the vehicle, pulled the one male that was still alive out, and extinguished the vehicle with a fire extinguisher."

The injured suspect was taken by Life Flight in critical condition. No law enforcement was injured.

Herman said catalytic converters were recovered at the scene.

This is a developing story. See back for more information.

Continuation Tweet Pursuit : 2 suspects were ejected from the vehicle and are dead at the scene. A third suspect has been life-lighted in critical condition. Catalytic converters were recovered at the scene. No Law Enforcement was injured, Avoid the area, investigation underway. pic.twitter.com/dlLU6KY2ev