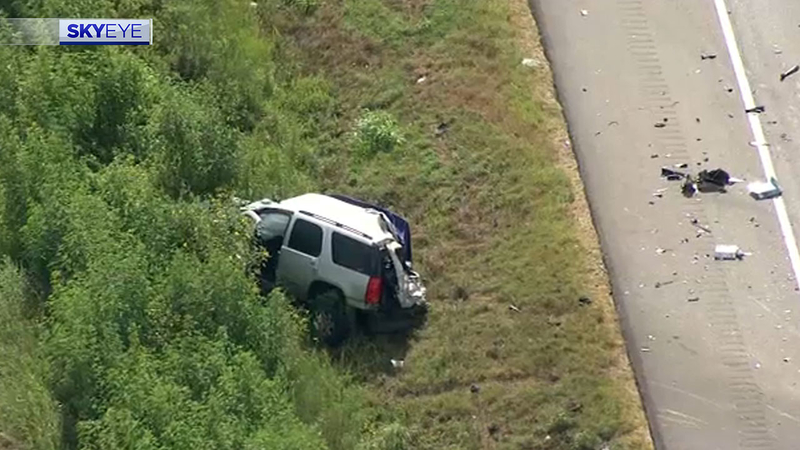 HOUSTON, Texas (KTRK) -- One person was killed in a crash and several were injured, including children, in a major crash Friday morning in Fort Bend County.

All lanes of Highway 90 Alt are closed in both directions between Engel and FM 1952.

Rescue and hazmat crews also responded to the scene.

Video from SkyEye showed an 18-wheeler flipped onto its side in the grass. At least two SUVs appear to have been involved.

It's unknown what led to the crash or the ages of those involved.

Cleanup of the scene is expected to take several hours, TxDOT says.

@FBCSO Units are currently at the scene of a major accident on U.S. 90 A West/FM 1952 in District 7. Units advised of 1 fatality. Children are also children involved in the accident. EMS units were dispatched to the scene. Hazmat and Air Medical are on standby.