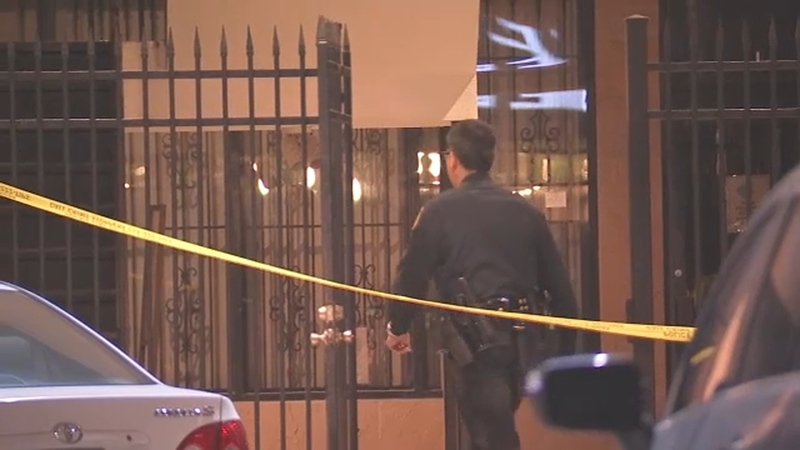 Suspects on the run after 3 killed in Midtown club shooting

HOUSTON, Texas (KTRK) -- State alcohol authorities have suspended the liquor license of a Midtown Houston club where three people were shot to death this week.

DD Sky Club in the 2100 block of Chenevert Street was hosting a rap showcase when gunfire erupted, but the 30-day suspension isn't related to the violence, authorities said.

The action by the Texas Alcoholic Beverage Commission comes after agents accused the establishment of violating Gov. Greg Abbott's order that limits bar capacity during the COVID-19 pandemic.

In addition to the license suspension, TABC agents are also investigating the violence that happened on Tuesday.

The club was packed for a "mic check" show involving DJs, singers and producers.

The fourth victim, 17-year-old Sir John Mitchell, remains in the hospital in critical condition. He is expected to survive.

Police believe there were at least two shooters, but so far, no arrests have been made.
The suspects are being described as two Black males.

The TABC's action is the latest in a string of suspensions related to alleged violations of social distancing rules meant to slow the spread of COVID-19.