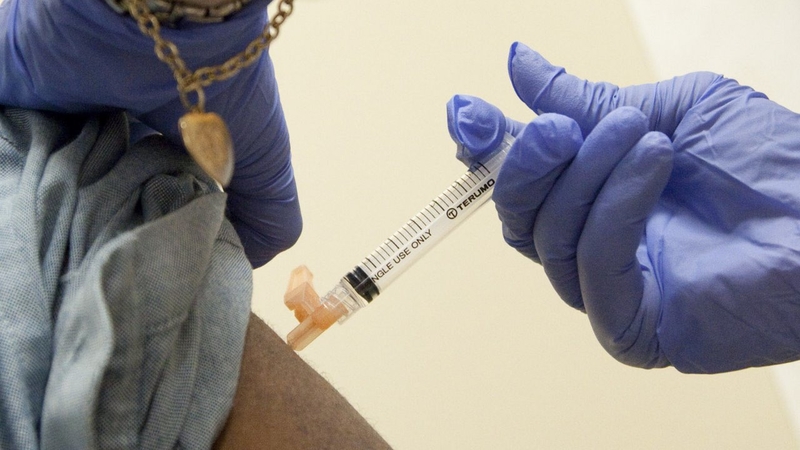 Progress experts have made with COVID-19 vaccine

As we rush to get a vaccine, progress is moving quickly.

"The news that there was a serious adverse reaction that halted the trial, on one of the most promising vaccines, one that we heard a lot about, is exactly why we have to take things carefully with vaccines. They are not toys," said Chair and President of Access Health International William Haseltine.

You can watch extensive coverage of the efforts to create a COVID-19 vaccine on ABC13's connected TV apps on Roku, Amazon Fire TV, Apple TV and Android TV.

At the same time, the CEO's of nine pharmaceutical companies signed a pledge promising high standards of safety and efficacy through phase three of the clinical trials. It shares the public's concern that rushing could mean risks.

"We've got to regain the trust of the community about when we say something is safe and effective," said Dr. Anthony Fauci.

According to the FDA, typically phase one would include a group of up to 80 people to study the safety and side effects of the drug.

In phase two, a larger group of up to 300 people help further determine safety and by phase three, up to 3,000 people would be involved.

But, in the case of COVID-19, the sample size is ten times that, with 30,000 participants. The larger the sample size, the quicker experts can gather data to determine if the vaccine is working.

"If it were not a pandemic, if it were not a disease of almost catastrophic public health impacts, so far, we could allow time to get to the results," said Associate Professor of Molecular Virology and Microbiology and Medicine at Baylor Dr. Hana El Sahly.

Houston-native Christene Kimmel is participating in one of the trials. The 46-year-old has received two injections, one last month and one late last week.

"I had a little bit of site pain injection, just like you would feel with a shot," said Kimmel.

She said she's felt great otherwise. She wasn't told whether she received the vaccine or the placebo.

As to why she decided to participate, she said she did it partially for her two kids. As a family, they've spent time together giving back to those in need.

"This is an unprecedented time," she said. "I needed to show them that there's another way and that meant sticking my arm out and taking an injection," she said.

Researchers said vaccines can take ten or more years to develop. 'Operation Warp Speed', the government partnership with private manufacturers, was created to make that process much faster.

The operation was launched in May and aims to deliver 300 million doses of a vaccine by January of 2021.

To make that happen, Congress has directed almost 10 billion dollars to the effort.

"I think by the end of the year we'll have the data on the 30,000 person studies for three of the Operation Warp Speed vaccines," said dean of the National School of Tropical Medicine at Baylor Dr. Peter Hotez.

Dr. Hotez with says while there's been talk about a vaccine by Election Day, he doesn't see that happening, nor did other doctors.

"If it all looks really promising, we then can potentially release vaccines by early to middle of next year," said Hotez.

While some are concerned about a vaccine, Hotez says it's all about the process.

"Any vaccine that goes through the full approval process by the Food and Drug Administration, I would not hesitate to take that vaccine myself or to give it to my family members," said Hotez.

As part of 'Operation Warp Speed', manufacturers are already making a vaccine even though the trials aren't done yet.

Secretary Azar assured ABC13 the drug would only be distributed when the FDA gives the go-ahead.

"Only once the FDA has determined that those vaccines meet FDA for safety and efficacy those will be made available," said Secretary Azar.