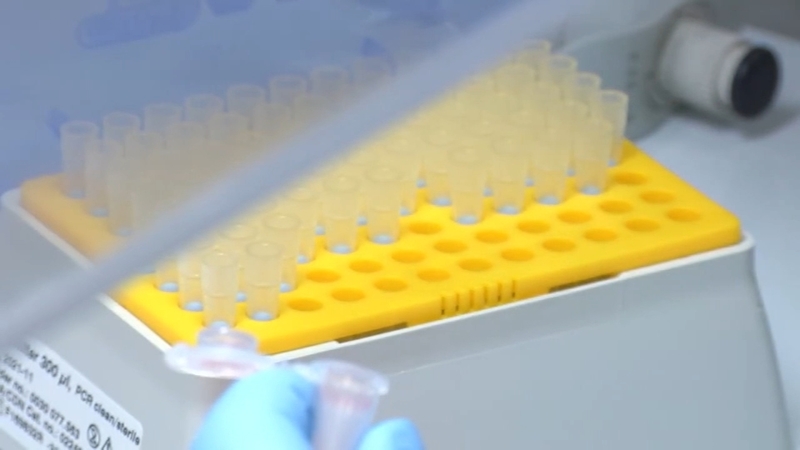 HOUSTON, Texas -- Nevada officials are reporting what may be the first documented case of coronavirus reinfection in the United States, following similar reports earlier this week from Hong Kong and Europe.

A 25-year-old Reno man with mild COVID-19 symptoms initially was found to have the virus in April, recovered and tested negative twice, and then tested positive again in June. He was much sicker the second time, with pneumonia that required hospitalization and oxygen treatment.

"Genetic tests from each episode showed that viruses were similar in major ways but differed in at least 12 spots that would be highly unlikely from natural evolution of the bug if the man had it continuously rather than being infected a second time," said Mark Pandori, director of the Nevada State Public Health Laboratory.

A parent the man lives with also tested positive For COVID-19 in June, so it's possible he acquired a new infection that way.

The findings have not yet been published or reviewed by other scientists, but were posted on a research site.

Dr. Wesley Long, Medical Director of Clinical Microbiology with Houston Methodist, said despite these reported cases, more data and research needs to be done to understand reinfection and how long the immunity window would last for someone who has previously contracted COVID-19.

"For right now, reported reinfections are incredibly rare," Long said. "If you had a confirmed positive case of COVID-19 that you have recovered from your body's immune system, it should give you some protection for some period of time after you've recovered. It's just because the virus is so new we still don't have a large body of data or a lot of experience to teach us how long the immunity lasts."

Long added that while it's rare, it's still possible. He said time, testing and more research is the recipe to understanding the risk of reinfection.

"I think probably the biggest take-a-way is that whether you have previously tested positive for COVID-19 or not, you still need to wear masks, you still need to wash your hands and social distance and do all the best practices to protect yourself and others," Long said.

He said it's important for people to get the flu shot this year, as health officials are concerned that the flu season and COVID-19 pandemic will occur simultaneously and could possibly overwhelm hospitals if the spread is not under control.

"It's a perfect time to get it done now before the flu season starts," Long said.