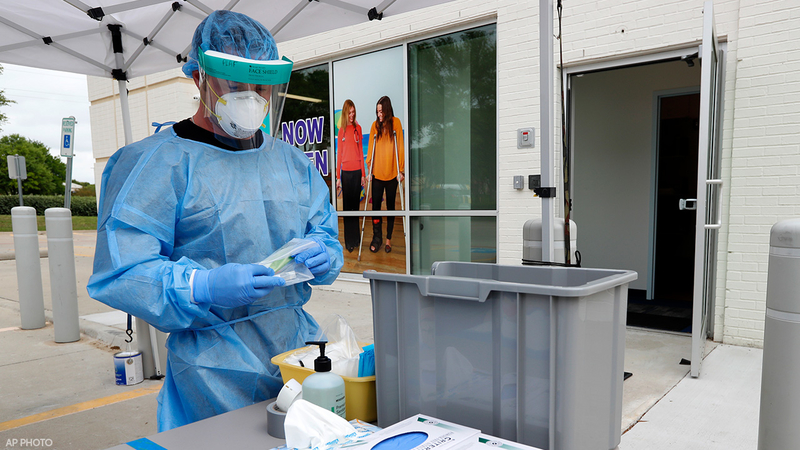 HOUSTON, Texas (KTRK) -- Despite Houston maintaining the most COVID-19 cases in Texas with nearly 4,000, Mayor Sylvester Turner says things are looking up.

During his daily briefing on the city's coronavirus response on Wednesday, Turner shared a new set of data that shows the city's number of positive cases per population and compared them to other larger cities.

Turner said Houston ranks sixth in positive COVID-19 cases for every 100,000 people in the city's population with 96. New Orleans tops the list with 1,445 and New York comes in second with 1,272.

"The actions that people are taking in our city, those actions are working," said Turner.

Turner announced 52 new positive cases and three new deaths. He said those deaths included two African American men - one in his 80s and another in his 60s - and a white man in his 50s. All patients had underlying health conditions, Turner said.

Despite the new deaths, Turner assured, compared to other larger cities, the death toll remains low in Houston.

"There are signs that things are flattening," he said. "At least as of today, the hospitals in our area can handle the cases that are coming in within our baseline capacity, which is good."

But when it comes to the number of tests per capita, the Lone Star State ranks last.

Statewide, Texas is administering about 3,660 tests per 1 million residents, according to a 13 Investigates analysis of data from the COVID Tracking Project.

Despite an increase in COVID-19 testing every week, Texas is still trailing behind other states.

Meanwhile, the Houston Fire Department announced rapid COVID-19 antibody tests for first responders will begin on Thursday. The tests are going to be administered at a Walgreens location in the 14000 block of Westheimer Road in west Houston.

New: @HoustonFire is expecting to make rapid #Covid19 anti-body tests available to first responders as early as tomorrow. It will be at a @Walgreens I’m told. #abc13 https://t.co/gMtJAJwvKC

On Monday, Turner announced that the city's testing capacity has doubled and will now perform 1,000 tests per day. He also said anyone can get tested at one of the city's free testing sites, whether a person is experiencing COVID-19 symptoms or not.

Dr. David Persse with the city's health department said people must still register and complete an online screening prior to visiting a site.