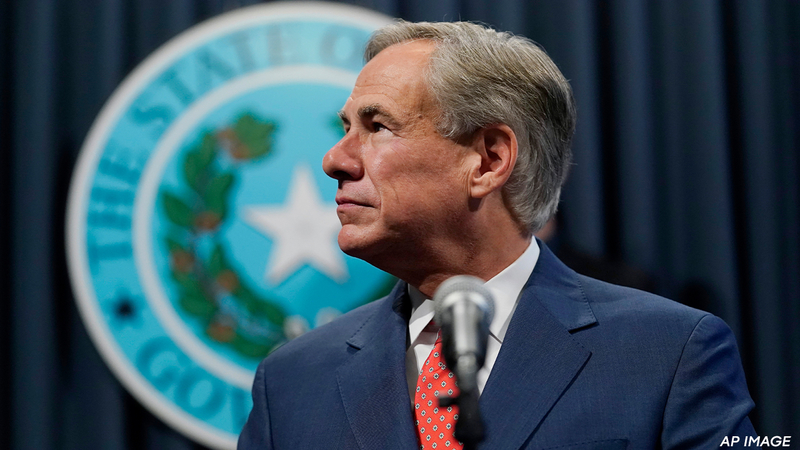 On June 26, Texas was reporting 5,102 people had been hospitalized due to the coronavirus, breaking a new record for the state. The positivity rate - the portion of tests that come back positive - had hovered above Gov. Greg Abbott's "warning flag" level of 10% for more than a week.

Abbott swept into action. For a second time in months, the Republican governor shut down bars and rolled back restaurant capacity. Six days later, he took arguably his most drastic action yet, announcing a statewide mask mandate.

This week, more than 7,400 Texans are hospitalized for COVID-19, and the positivity rate has exceeded 10% for over three weeks.

But the governor's strategy as the state heads into the holidays is to stay the course, relying on a 2-month-old blueprint to claw back reopenings regionally based on hospitalizations. The mask order remains in place, but last week he ruled out "any more lockdowns," and tensions are again rising with local officials who want more authority to impose safety restrictions.

"We need the state to step in and lead or get out of the way and let us lead," Harris County Judge Lina Hidalgo told reporters Tuesday.

Public health experts and elected officials acknowledge they are up against a stronger sense of "COVID fatigue" than ever - a malaise that appears to be reflected in the state response.

"The numbers are quite alarming, to be honest, because it's not showing any sign of slowing down," said Rajesh Nandy, associate professor of biostatistics and epidemiology at the University of North Texas Health Science Center. However, Nandy added, "it seems like at this point, there's not a lot of will, even among people, for a full-scale stay-at-home (order) like (Abbott) did in March because, of course, it has other consequences."

In recent days, Texas has reported daily new case tallies on par with where the state was during its summer spike. A record 10,826 new cases were reported Tuesday, surpassing the previous high of 10,791 in mid-July.

Hospitalizations have also been on a brisk upward trajectory, and deaths, which tend to lag behind the other metrics, have been creeping up.

Texas is far from the only state seeing soaring case numbers, though others are responding much more dramatically. Ohio has instituted a statewide curfew from 10 p.m. to 5 a.m. starting Thursday. Illinois Gov. J.B. Pritzker, a Democrat, has warned that he could issue a mandatory stay-at-home order if the state does not turn around its numbers soon.

Texas' current posture toward the pandemic is more similar to that of Florida, another relatively large state with a GOP governor who has also held off on announcing new restrictions amid surging case numbers.

During a wave of TV and radio appearances Thursday and Friday, Abbott acknowledged the state was seeing a virus spike but professed faith in the strategy he announced in mid-September that scales back reopenings if the number of COVID-19 patients in a region exceeds 15% of its hospital capacity for seven consecutive days. Regions that reach that threshold have to reduce the occupancy of most businesses from 75% to 50% of capacity, among other things.

Also in the interviews, Abbott touted that a new antibody therapy drug, Eli Lilly and Co.'s Bamlanivimab, would start being distributed to Texas hospitals this week. Shipments of the Regeneron antibody cocktail will soon follow, he said. That is the treatment President Donald Trump took when he had the virus last month.

"We are not going to have any more lockdowns in the state of Texas," Abbott told Dallas radio host Mark Davis on Thursday. "Our focal point is gonna be working to heal those who have COVID, get them out of hospitals quickly, make sure they get back to their normal lives."

In one TV interview, Abbott said the treatments - along with the promise of a vaccine soon - mean Texans have entered the "ninth inning of our challenge with COVID."

Yet public health experts say that kind of exuberance may be premature. Despite "euphoria" about recent vaccine announcements, the rollout of the vaccines will be systematic and measured, and for "a long time, we're still going to need to wear masks and socially distance," said Eric Boerwinkle, dean of the UTHealth School of Public Health.

"I worry a little bit that people are letting their guard down because they see a vaccine over the horizon," Boerwinkle said.

While Abbott made the media rounds late last week, he has not held a news conference on the topic in two months. His last conference was Sept. 17, when he announced the relaxed restrictions for hospital regions below the 15% threshold.

At the same time, he has said little about how Texans should approach Thanksgiving, which is eight days away and has prompted advice from public health experts to stay home and gather only with those in the same household. That also differs from Abbott's handling of the pre-July Fourth spike. At the time, Abbott warned that if "people gather on Fourth of July the same way they did in Memorial Day it is going to lead to a massive increase" in cases.

Since Abbott announced the 15% threshold, it has been the subject of some scrutiny. Abbott initially defined the threshold as 15% of "all hospitalized patients" in a region, though he later changed it to 15% of "total hospital capacity" - or total beds - in a region. That redefinition is problematic, according to hospital administrators in parts of Texas that have seen the most infections.

"They're assuming that all those licensed beds can somehow be utilized for a COVID-19 surge, and that's simply not true," Dr. Brian Weis, chief medical officer at Northwest Texas Healthcare System, said last month during a coronavirus briefing for the city of Amarillo. "By using that number, that overestimates our capacity to handle COVID-19 patients."

Abbott's office did not immediately respond to a request for comment Tuesday evening on why the threshold was redefined.

Dr. Peter Hotez, dean of the National School of Tropical Medicine at Baylor College of Medicine, said he was worried about hospitals in the Texas Panhandle and the Dallas-Fort Worth region becoming overwhelmed with sickened patients. When hospital intensive care units swell to capacity or beyond it, mortality rates increase, he said.

"It's the job of every elected leader, whether it's in Texas or anywhere else in the U.S., to prevent a surge on intensive care units," he said. "Every surge represents a failure by an elected leader."

Abbott blasted the order shortly after it was issued, saying Samaniego "failed to do his job" enforcing existing rules to slow the spread of the virus "and is now illegally shutting down entire businesses."

In an interview, Samaniego said the criticism from Abbott felt politically motivated and failed to address the biggest issue El Paso faces - that people are getting sick, being hospitalized and dying at staggering rates. Samaniego said he did everything within his power to limit the spread of the virus. He, like other local officials, wants more authority to take precautions in his county.

He also noted that El Paso's share of hospital beds occupied by COVID-19 patients is several times Abbott's 15% trigger, but it's still artificially low because the county added 580 spots to its hospital capacity.

"This is a governor that issued a stay at home order," Samaniego said. "And now he's upset that I did when my numbers are 10 times worse than when he issued it. It's just a political approach to our community."

It's not just El Paso County, though, where local officials are pushing for more latitude from Abbott. In Lubbock County, where cases have ballooned to more than 400 per day on average in the last week, the county judge, Curtis Parrish, said he is grateful for the state's help with hospital capacity - the state has provided three large medical tents and personnel to go with them - but that he wants more enforcement power.

"My hands are tied," Parrish said. "We operate under the governor's order. We can't do any detaining."

In Laredo, the City Council voted Monday to limit private gatherings to 10 people plus household members. City Council member Marte Martinez said he would have liked to do more, such as implement a curfew and beef up enforcement for businesses that violate state rules.

"I felt powerless in my plight to save people's lives," said Martinez, a doctor. "You're going to be in a full shutdown within a few weeks unless the state allows municipal governments and county governments to make more firm action."

There is especially an urgency in Laredo and its hospital region, where the number of coronavirus patients has exceeded 15% of the capacity for the past three days. That means the state's reopening rollback will kick in in four days if the figure remains above 15%.

Abbott's office insists that the state has provided local officials the power to enforce measures such as business occupancy limits and mask requirements.

"The protocols proved effective in slowing the spread over the summer and containing COVID-19, and they can continue to work, but only if they are enforced," an Abbott spokesperson, Renae Eze, said in a statement for this story.

Disclosure: The University of North Texas Health Science Center has been a financial supporter of The Texas Tribune, a nonprofit, nonpartisan news organization that is funded in part by donations from members, foundations and corporate sponsors. Financial supporters play no role in the Tribune's journalism. Find a complete list of them here. 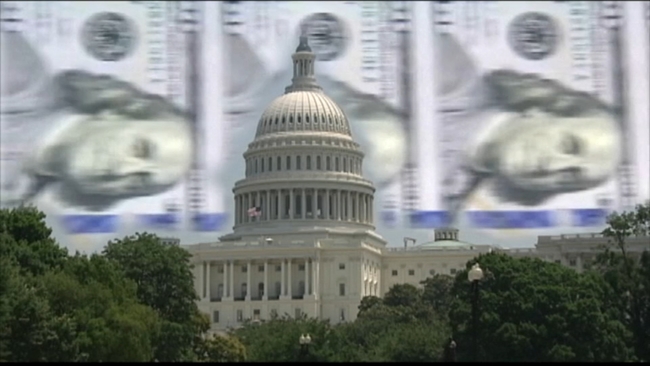 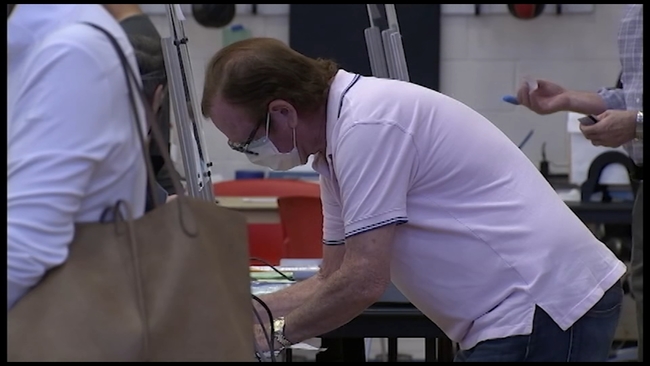 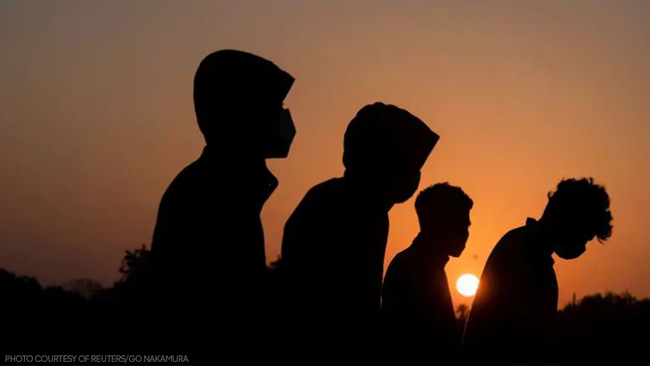