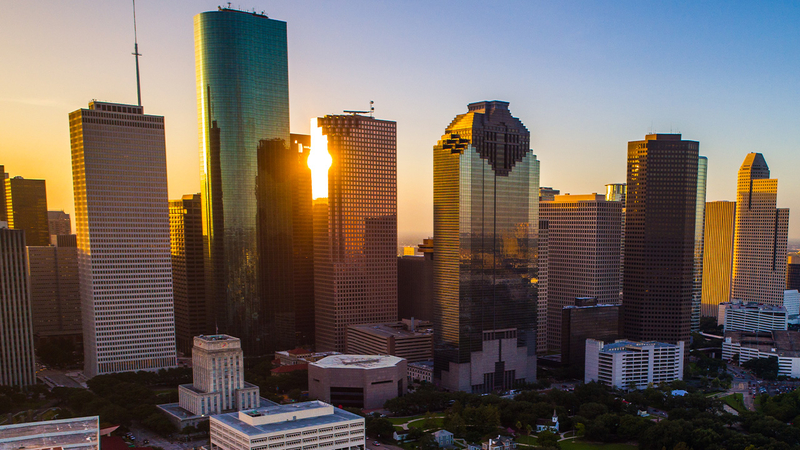 How to file for unemployment in Texas

HOUSTON, Texas -- Patrick Jankowski, the senior vice president of research at the Greater Houston Partnership, said in a March 31 webinar with area business leaders that he believes the Greater Houston area will see more than 150,000 job losses through the end of the year due to the coronavirus and an energy industry downturn.

"We're really in quite an unprecedented situation," he said. "It's been a challenge as an economist to figure out what's going on because the situation changes daily."

As of 1 p.m. on March 31, there were 174,467 confirmed COVID-19 cases in the U.S.-more than twice that of March 26, when the nation first began leading the world in confirmed cases, according to Johns Hopkins University.

Jankowski said the U.S. added 225,000 new jobs in January, and the nation was on a streak of adding jobs every month for 113 consecutive months.

Just two months later, businesses across the country are closing their doors, and unemployment insurance claims are now at an all-time high. Nearly 3.3 million claims were filed in the third week of March, and Jankowski said the previous record was 695,000 claims in October 1982.

The coronavirus situation is evolving so quickly that it is nearly impossible for data to keep up with the reality of what is going on, Jankowski said. However, based on projections from major financial institutions, he said it is safe to say the nation's gross domestic product will continue to drop.

"However we end up the year, we'll end up the year worse off than we began the year," he said. "The pandemic is going to determine the recession's length and its depth."

Based on the 155,657 initial claims for unemployment insurance in Texas the third week of March, Jankowski said Houston's share would have been about 37,945 job losses that same week.

"We're likely to see unemployment insurance claims rise over the next few weeks until they start to fall off," he said.

During Houston's worst recession on record-the energy bust of the 1980s-the region lost 13.2% of jobs, which would equal about 417,450 Houston-area jobs in 2020. Additionally, the Great Recession of 2008-09 brought a 4.5% decrease in jobs regionally, which would amount to about 142,325 jobs in 2020. Jankowski said he expects the coronavirus pandemic will lead to a scenario that falls in between these two.

U.S. Treasury Secretary Steven Mnuchin told U.S. senators March 17 that the nation could see unemployment rates reach 20% this year, and while Jankowski said this is unlikely, applying that number to Houston's population would equal a loss of 632,500 jobs across the region, he said.

According to a survey of GHP members conducted last week, 41% of businesses said they could only survive one to four weeks during the stay-at-home order.

"Most small businesses are really suffering right now," Jankowski said. "Small businesses by their nature tend to operate on very thin margins, and they don't have a lot of reserves; and if they have any cash reserves, they're usually putting it back into trying to grow the business."

While sectors that are considered nonessential and cannot deliver their goods and services remotely are most at risk, Jankowski said all jobs are on the line if the shutdown continues after May.

But on top of consequences of the coronavirus, Jankowski said Houston would not be getting any help from the energy industry.

As of March 30, oil prices hit $21.07 per barrel, and Jankowski said the previous lowest point was $10.25 in March 1986. However, adjusted for inflation, that former record adjusted for inflation is about $24.37, so prices are already trending lower than during the 1980s recession, he said.

He said regarding oil, he expects prices to reach the low $30s by midsummer as production nationwide declines. Houston's recent job gains in the energy industry will disappear, and two years from now the industry will be smaller and leaner, he said.

"Whatever happens (to the U.S. economy) as a result of the coronavirus, the collapse of crude prices is just going to add to Houston's misery," he said.

SEE ALSO: HELP WANTED: This is who's hiring in Houston

This story was published through our partnership with Community Impact Newspapers.