Conroe ISD to address lost learning from the pandemic

PREVIOUS VIDEO: School districts across southeast Texas said they're working to figure out how to bring kids back up to speed. If you're a parent watching this, you know this pandemic hasn't been easy.

CONROE, Texas -- Conroe ISD officials said during the 2021-22 school year the district will work to recover lost learning that has occurred since the pandemic started in 2020. Officials said they determine loss in learning from standardized test scores, which show a decrease from 2019 to 2021. CISD will address lost learning with federal funding to hire more educators and fund additional programs, officials said.

The district saw a decline in 2021 preliminary State of Texas Assessments of Academic Readiness scores compared to 2019 scores. However, CISD remained above state averages. In both reading and math, each grade level in CISD had a higher average percentage of students approaching grade level than the statewide average for each grade.

CISD Deputy Superintendent Chris Hines said this is because 84% of students in CISD schools were attending in person and full time at the end of the 2020-21 school year. As of early August, the district expected to have limited virtual options in the fall.

"The decline was less than the state average, so it could've been worse, but we know we still have some work to do," Hines said.

Preliminary STAAR results released in June by the Texas Education Agency showed the largest decrease in the percentage of CISD third- to eighth-grade students approaching grade level from 2019 to 2021 was in math. The average statewide decline in math from 2019 to 2021 was 21.8%, according to TEA data.

"I think we're like everybody, we have got work to do," Hines said. "We did see learning loss, particularly in math. We did see some declines in math that we want to address."

Superintendent Curtis Null said CISD is using testing data to figure out what students need to improve on during the next school year.

"It does give us a picture of where our students are," Null said during a virtual update on July 28. "And an important piece of that is we had many of our students tested, where a lot of other school districts didn't have that opportunity and are still scrambling trying to figure out where their students are."

Greg Smith, executive director of the Fast Growth School Coalition, a statewide organization representing Texas' fastest-growing school districts, said virtual learning did not work well for schools. However, he said fast-growing school districts such as CISD are seeing their in-person enrollment numbers return to normal, which will help students recover their learning.

"I do not think that virtual learning was set up for kindergarten through 12th-graders to learn six, seven hours a day online," Smith said.

Dustie Bartolazzi, a teacher at The Woodlands High School and mother of two students at CISD schools in The Woodlands, said she believes test scores are not the best way to determine a student's learning.

"Of anything I learned over this past year, it's that learning is a process," Bartolazzi said. "We get so caught up in the grade, and everybody wants that A."

Bartolazzi said she thinks the biggest challenge for teachers to recover learning in the classroom will be keeping students engaged. She said CISD has begun workshops for teachers regarding techniques for pacing students.

"I think there's going to be much more pronounced gaps between kids than there has been in the past," Bartolazzi said.

Amy Giles has a son with dyslexia going into fifth grade at Coulson Tough Elementary School in The Woodlands. Giles said her son struggled with virtual school because he works best with one-on-one instruction. She said while his teachers were able to do private Zoom sessions with her son, he still did not do well on the 2021 STAAR.

"I hope that they look at the STAAR, especially for students with dyslexia and kids that struggle academically, and really look at that and now change their focus and try to teach whatever my son was really low on instead of sticking to the normal curriculum," Giles said.

Hines said there is a sense of urgency to get back into the classroom so students do not continue falling behind, particularly first- and second-graders who may be behind on reading levels.

"At the early grades, it's kind of an urgent thing," Hines said. "You can't wait on that."

To address and recover from learning loss from the pandemic, CISD will use the third round of Elementary and Secondary School Emergency Relief funds, district officials have said. ESSER III funds are federal funding provided in the American Rescue Plan Act for schools to safely reopen and sustain the safe operation of schools. ESSER I and II rounds were provided in 2020.

CISD is eligible for $64.7 million in ESSER III funds, district officials have said, and it has been allocated about $43 million as of August. School districts are required to spend 20% of ESSER III funding addressing student learning loss, according to the TEA. CISD has $16.42 million budgeted for learning recovery.

Hines said he believes the best way to recover from learning loss is by adding additional support to programs, mostly in the form of additional staff.

Giles said in the last academic year there was one extra hour a week for one-on-one instruction scheduled with a dyslexic teacher. She said she was grateful for the extra hour, but she felt it was not enough time to help her son. And in spring 2020, there was little to no dyslexic-focused virtual work for her son.

"I would like to see them use those funds for one-on-one tutoring," Giles said. "It would be beneficial for somebody ... who struggles and is nervous about telling somebody, 'Hey, I don't understand; I don't know,' in a larger group setting."

Hines said the district will be hiring more counselors to address differences in behavior among students.

"The other part is being aware of ... social, emotional, mental health, physical support for students," Hines said. "Some of our schools have behavior specialists that will help work with teachers and students on behavior."

Because virtual schooling was not approved during the regular session of the state Legislature this year, CISD will not have a virtual academy option for students during the 2021-22 school year. It is still budgeted for the 2022-23 school year, but Hines said it is unlikely CISD will be able to provide it.

As of Aug. 6, the district planned to provide limited virtual options for some students, with priority given to households with special circumstances, according to the district.

Hines said the district has also invested in technology in the last two school years. According to the district, $3.2 million of ESSER III funds is budgeted for technology support.

"We've found out that some of our students don't have reliable internet connections at home," Hines said. "So if we can send home a hot spot to help them connect when they're doing homework and working on some things, that's important."

As of press time, CISD schools did not require masks or vaccines for students or faculty for the 2021-22 school year. The plan stresses the importance of personal responsibility, asking students to frequently wash their hands and wear a mask or stay home if feeling sick.

However, district officials are concerned about what the delta variant of the virus or increase in COVID-19 cases could mean for the 2021-22 school year. Null said as of July 28, the district had the authority to send students home.

Officials said the plan is subject to change.

"Now, the wild card on this is to see how this delta variant reacts in every community," Smith said. 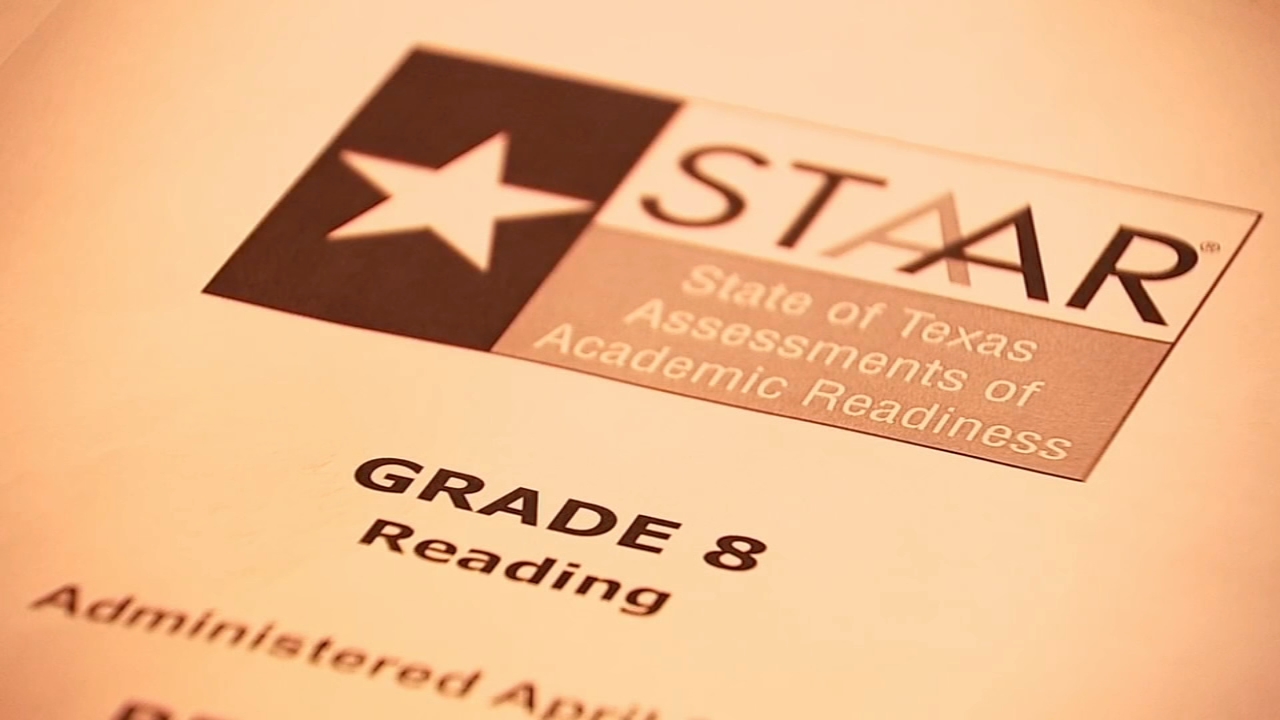 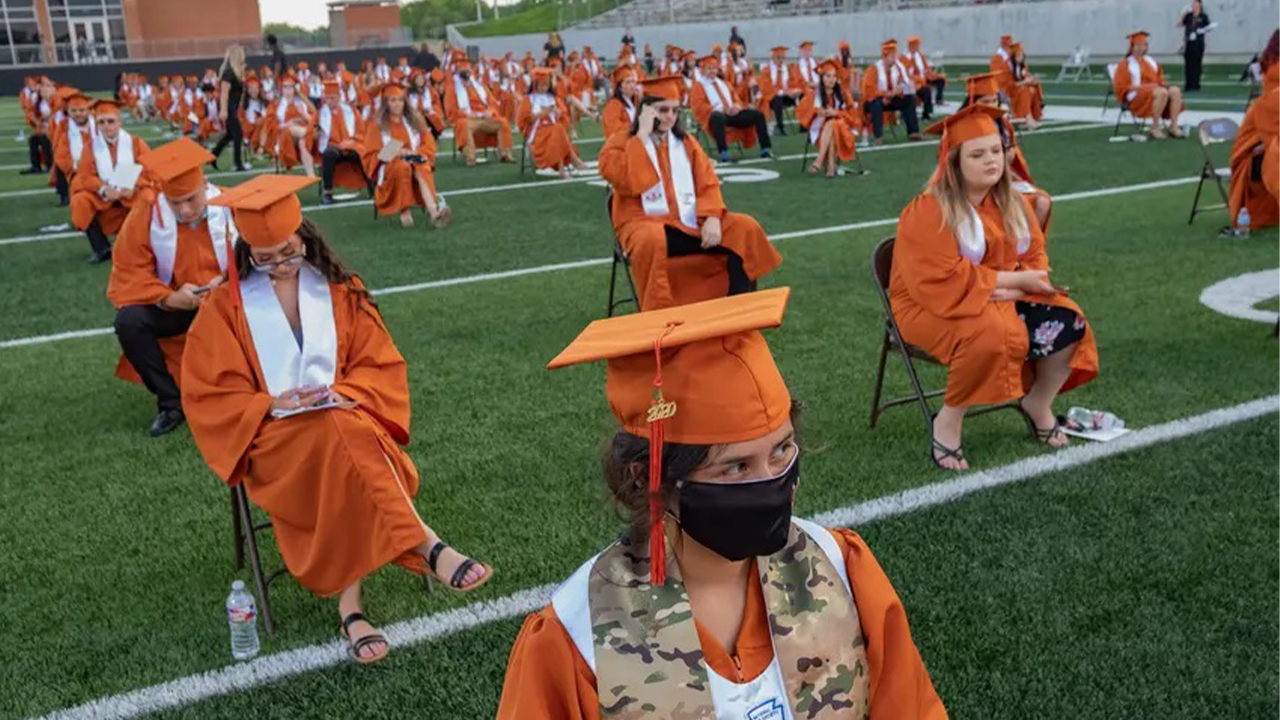