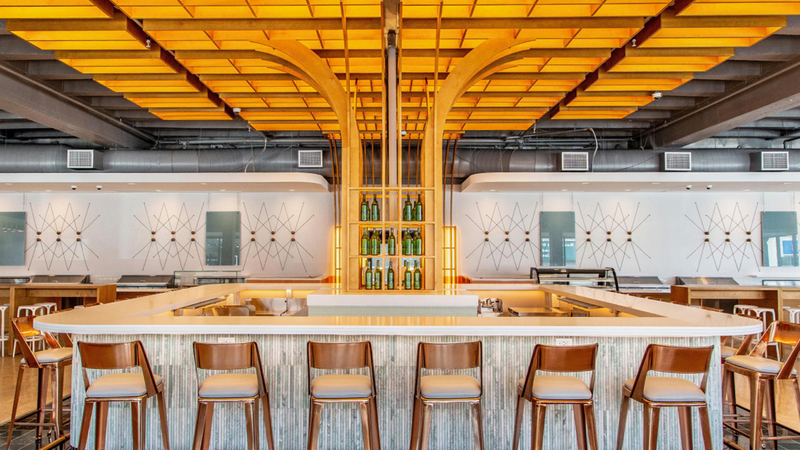 Donaldson notes that he and culinary director Kirstin Moburg sought out sous chefs and pop-up veterans who are excited about the opportunity Politan Row provides them. Similar in approach to Bravery Chef Hall, the format allows diners to interact directly with the chefs preparing their meals.