WorldPride was first held in Rome in 2000 and has since been hosted by cities including London, Toronto and Madrid.

The 2019 WorldPride was held in New York City to commemorate the 50th anniversary of the Stonewall uprising. Copenhagen will host the biennial event in 2021.

Pride Houston President and CEO Lorin Roberts announced Wednesday that Houston has entered the bid to host WorldPride in 2023.

"The motion got passed that we are on the ballot to present our bid to the WorldPride delegation in October in Athens. If we win this bid, Houston will be hosting the WorldPride 2023," Roberts said.

Houston is bidding against Sydney, Australia and Montreal, Canada for the event, but Roberts believe Houston has a fair chance of winning. She says Pride Houston will have about 30 minutes to sell the city to the delegation.

"We're Houston, where everything is bigger and better. Our main thing when it comes to this bid, is that even though we're a small town in the south of the U.S., you can see the world when you come to Houston," Roberts said.

The theme for Houston's bid is "Come to Houston, See the World, Feel Your Pride." The bid also comes with four different activations that will showcase the different cultures the city has to offer.

"We're trying to win this thing because we see so much in Houston as a Pride organization and within our community, that we just want to share with the rest of the world," Roberts said.

The events surrounding WorldPride in Houston will stem from a full month of speaking engagements, exhibits and parties, according to Roberts.

"Houston is the fourth largest city in the United States," Roberts said. "We are the largest night parade in the southern region. So, why not have it in Houston?"

For more information about the bid placed for World Pride 2023, visit Pridehouston.org.

The best of the 2019 Houston Pride Festival and Parade 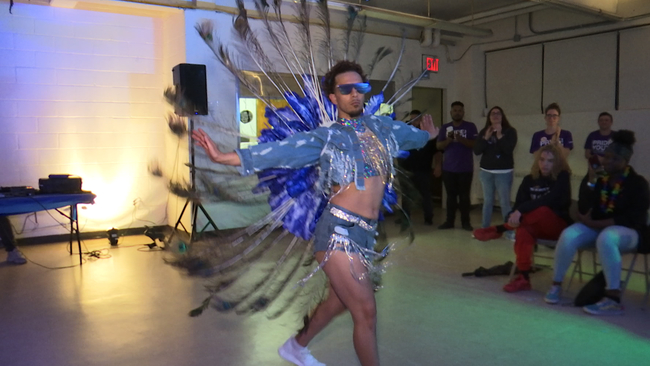 Will WorldPride bring its celebration to Houston?
Controversy over plans for 'straight pride parade' in California