'It's so frustrating': New grads can't even get foot in the door for work 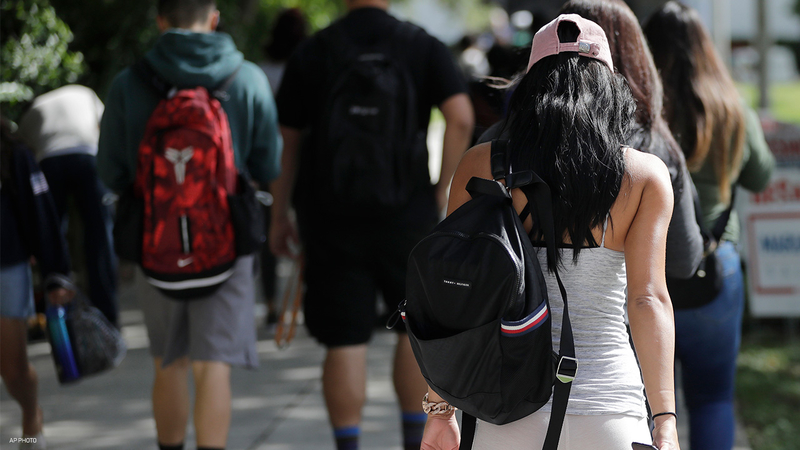 New grads can't even get foot in the door for work

HOUSTON, Texas (KTRK) -- The latest unemployment numbers have been issued and there is some good news.

The Labor Department said first time applications fell to 963,000, which is down from 1.2 million the previous week.

The decline suggests layoffs are slowing down, although finding a job continues to be a struggle for millions of Americans.

Eyewitness News spoke with Gracie Phelps, a recent graduate of the University of North Florida in Jacksonville, who studied communications.

Meet Gracie Phelps. She’s a triplet and a recent University of North Florida grad. 🎓 Like many others, she’s run into hiring freezes due to the pandemic and is left asking: “now what?” I‘ll have her story tonight, along with the latest unemployment numbers. pic.twitter.com/KEvu4Acas4

She said she's been sending out applications since the start of the year and even made it to the final round of interviews with several public relations companies only to be told they were either on a hiring freeze or someone at the company tested positive for COVID-19, causing their hiring process to be placed on hold.

READ MORE: Attending Lone Star College in the fall? Here's how you can get a free laptop

Phelps, who happens to be a triplet, said her siblings are also having a hard time landing a job.

Many of her graduating classmates have opted for plan B.


"Some of my friends that I graduated with are filing for unemployment or are doing a part-time food industry thing without even trying," explained Phelps. "Some of them are going back to school to get their masters degrees, because that's the only thing they can do, because they've tried so hard to get a position."

According to the Texas Workforce Commission, roughly 4.4 million Texans have filed for unemployment since March 14.

"In 2019, in a whole year, we received around 700,000 [applications], said TWC spokesperson Cisco Gamez. "So, we're looking about six years of claims in just about six months of time. It's a lot of claims."

The agency said applying online is still the best way to get started at ui.texasworkforce.org.

People can apply online anytime of the day at any hour, seven days a week.

Under the federal CARES Act, contractors and those who are self-employed can also apply for unemployment benefits.