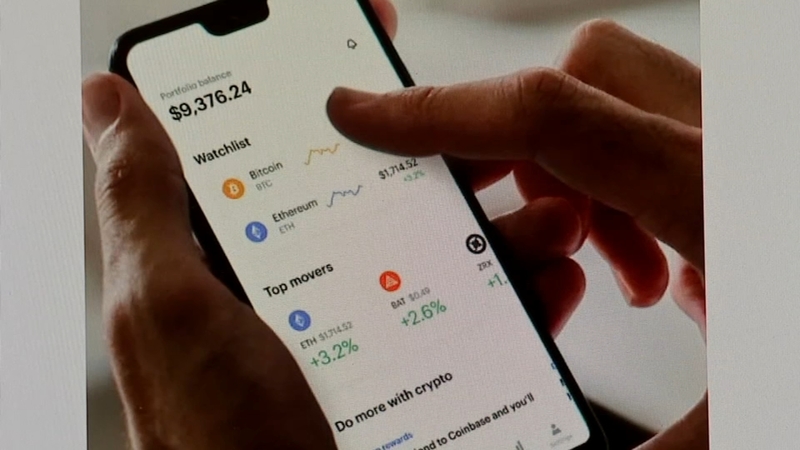 KATY, Texas (KTRK) -- A Katy man says he is out more than $17,000 after his cryptocurrency account was hacked in January.

Ali Raza says he has tried to get help from the cryptocurrency exchange where he had most of his money. So far, there has been no resolution.

"My major challenge is I don't know if I can recoup my money," said Raza.

Raza says his account was hacked in mid-January. The account was valued around $17,000 at the time and that hackers left him with a value of $26.

"I mean how can you allow a password change and 336 transactions within fifteen minutes and robbing the whole thing out?" said Raza.

Raza says Coinbase, the cryptocurrency exchange where he was robbed, has not been able to provide a solution and he thinks they need to step up security protocols.

"So you're telling me you can't put a security parameter in place, where you're allowing somebody to change the password and committing 330-something transactions? It's mind-boggling to me," said Raza.

Since the incident, Coinbase has said that what happened to Raza is not their fault.

"They told me, 'That case is closed, you are responsible for it.' I didn't agree with that statement. I kept pushing for it and I didn't get any answers. That's when I decided to upload my information on the FBI's website," explained Raza.

Raza said he had two-factor authentication, but the hackers were able to gain access to his cell phone too.

"We had security codes, but somehow (the hackers) were able to bypass that, and then log in to my PC, and remove all of the notifications that were coming into my PC," explained Raza.

He has reported the hacking to the FBI and has filed a report with the Harris County Sheriff's Office, but for now, it seems his investment is gone.

"I am just baffled. My two kids are about to go to college in a couple of years and that account was for the cars, but you know, I don't know what else we can do," said Raza.

He is passionate about making sure this does not happen to anyone else.

"We should do something about these exchanges that don't really care. I mean they make a lot of money off of us," said Raza.

When ABC13 reached out to Coinbaise, the company said it was looking into Raza's situation.

The Harris County Sheriff's Office says their investigation into what happened is ongoing and is being looked into by their financial crimes division.