Fishermen thank the Coast Guard rescuers who saved them

Fishermen thank the Coast Guard rescuers who saved them.

HOUSTON (KTRK) -- Two fishermen who somehow survived two days at sea said a heartfelt thank you to the Coast Guard crew who rescued them.

Raymond Jacik and Mike Watkins met their rescuers at Ellington Airport in southeast Houston Friday afternoon. It's the first time they've seen them since last Wednesday.

The men met with the everyone who had a hand in saving them, from the air crew to those who were on the radio during the long search, sharing very sincere thanks.

Jacik and Watkins left last Monday morning to go fishing. Their boat capsized and they survived by getting to two separate oil platforms and clinging to pipes. They were determined to survive. Crews searched for a day and spotted them Wednesday.

The fact that they survived after 48 hours in the water pretty incredible, according to the folks who do this for a living. 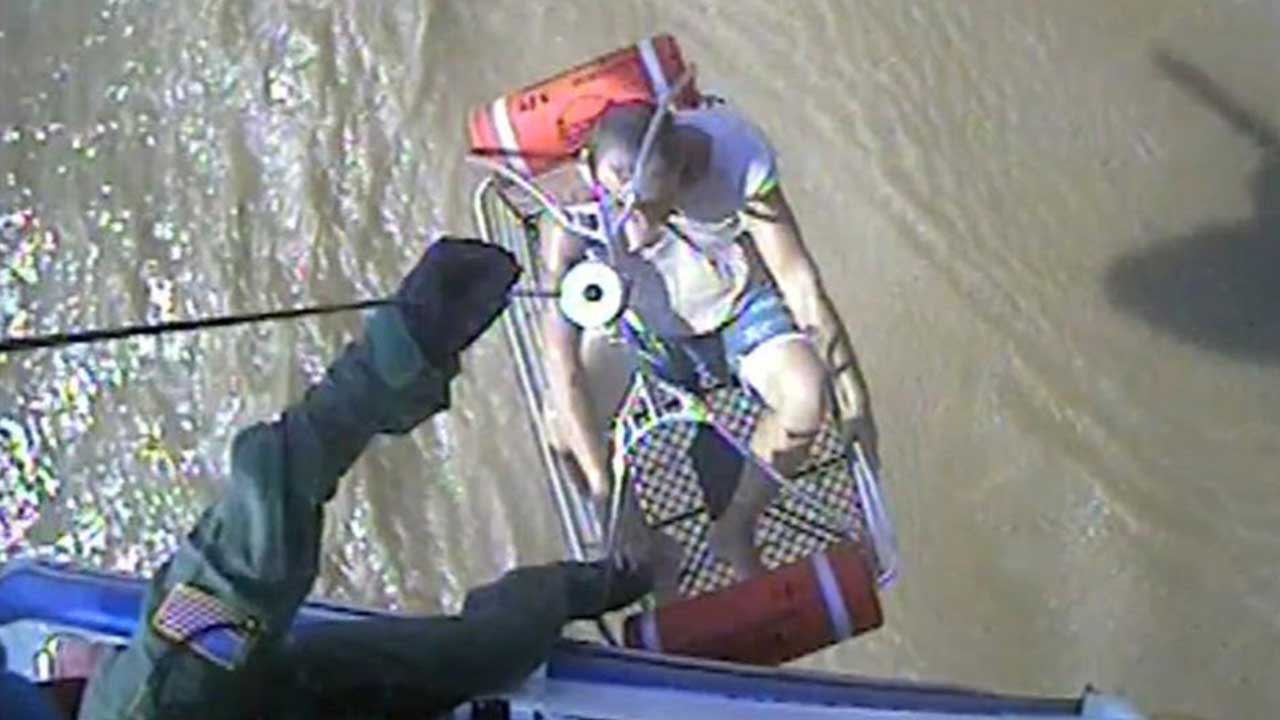