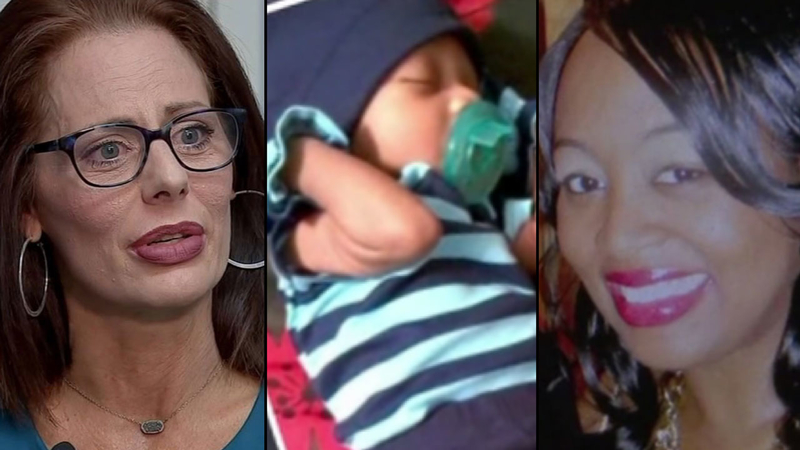 CLEAR LAKE, Texas (KTRK) -- The bartender charged in connection with a deadly drunk driving crash that claimed the lives of a 36-year-old woman and her 3-month-old baby says she never served the underage woman accused of causing the accident.

Amy Allen, 41, is speaking out for the first time since she was sentenced to six months of probation for one count of selling liquor to Veronica Rivas, 20, and her 17-year-old passenger in 2018.

The wreck happened on Feb. 28 at the intersection of I-45 and El Dorado, when Rivas allegedly slammed into the vehicle carrying Shayla Joseph and her son Braylan. Sources say Rivas allegedly did cocaine the night of the crash, as well as consuming alcohol.

In an interview with ABC13, Allen, a mother of four, recalls serving drinks to Devin Jackson, 25, and John Medina, 25, who were also charged in the case. Allen said she had no idea that Medina and Jackson had given the drinks to Rivas.

Jackson was later sentenced to one of year probation for furnishing alcohol to a minor, while Medina was sentenced to 18 months probation.

An attorney explained that even if a bartender does not know that someone underage consumes an alcoholic beverage, if you pour it and they end up with it, you're liable.

Allen, who is currently being sued by Shayla's family, says Rivas and her friend were involved in the accident six hours after they left Crescent City Connection Sports & Oyster Bar.

During the investigation, sources said Crescent City was not the only bar Rivas was at that night, as she was also seen at Dempsey's, a bar in Webster. But according to Allen, employees from Dempsey's were not charged in connection with the crash.

When Eyewitness News reached out to the district attorney's office in regard to no charges being filed against a Dempsey's employee, the office said they could not prove the teens were served alcohol. There is surveillance video of Rivas and her friend at Dempsey's but it does not show them being served or drinking alcohol.