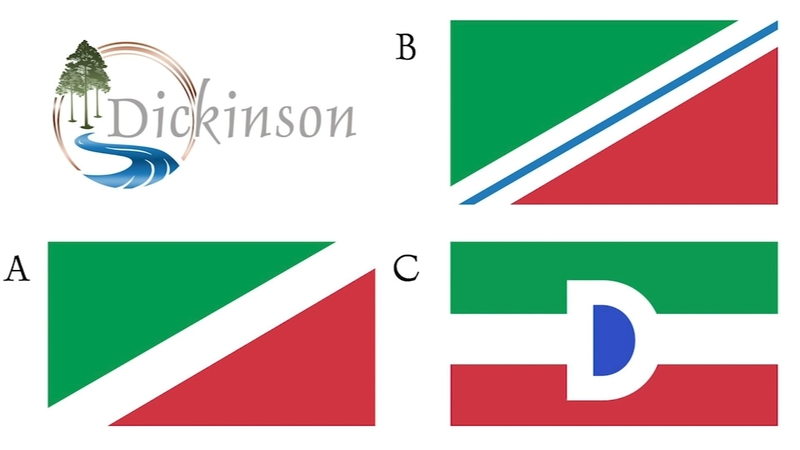 DICKINSON, Texas (KTRK) -- In Dickinson, a ballot has some neighbors fired up, and it's not even an item on the state's primary.

On Monday, Dickinson shared images on its social media and asked neighbors to pick one. The pictures were of flags meant to bring the Dickinson community together, except they did the opposite.

"It needs to be a diverse flag that represents everything about Dickinson today," Reggie Taylor said.

"This, to me, doesn't show the true Dickinson," Arthur Francis explained. "The true history of it."

Currently, the city doesn't have a flag. There's a logo, but Mayor Sean Skipworth said he wants more identity. The three choices were in the color of the Italian flag. One featured a blue line for the bayou, the other had a 'D' for Dickinson.

"The initial idea was this was a community founded by Italian immigrants," Skipworth explained. "It's a diverse community today, but when you look into the history you have that, and then the bayou is something we're really known for."

Skipworth asked staff to research and develop options this week but things didn't go as planned. The post has nearly 200 comments, with the majority of them negative.

After receiving negative comments, city leaders will develop new options. They plan to use suggestions provided by neighbors and also reach out to community members to develop concepts. Eventually, new ideas will be displayed on social media.

"There's no way everyone will be 100% happy with what you pick, but the bar is pretty low at this point," Skipworth said. "So I'm pretty sure we can do better than what we did."

This will be a fresh start for both staff, and neighbors after the first drafts caused quite the debate.