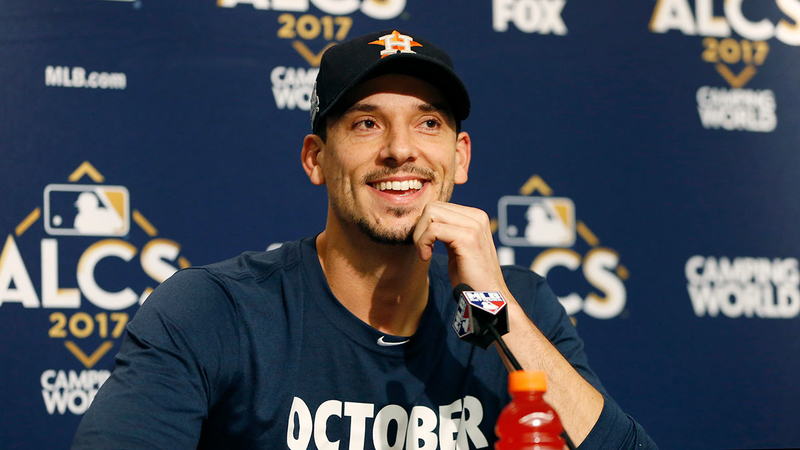 The Tampa Bay Times reported the American League East club agreed with the right-hander to a contract totaling $30 million.

Morton saw a career renaissance in Houston after signing with the Astros before the 2017 World Series winning season.

In 2018, Morton, at 34, boasted a 15-3 record with 3.13 ERA, both career-best. He also garnered his first ever All-Star Game selection after 11 seasons, which also included stops in Atlanta, Pittsburgh and Philadelphia.

In Houston sports lore, Morton is remembered for throwing four strong innings late in Game 7 of the 2017 World Series in route to the franchise's first world championship. He also holds the distinction of being the first pitcher to win two Game 7 decisions in the same postseason.

As for the Astros, the club will have to deal with a future where up to three of the five starting pitchers from opening day this past year aren't in the rotation come next April.

Dallas Keuchel's status in free agency still remains to be seen, and Lance McCullers Jr. will be sidelined in 2019 after Tommy John's surgery.