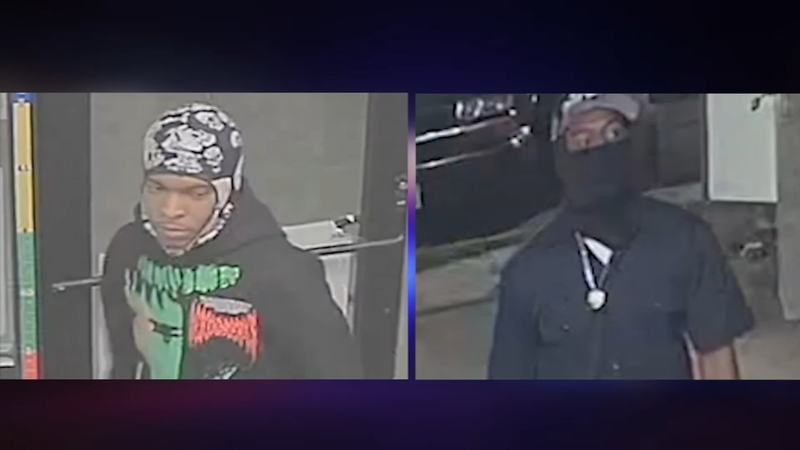 HOUSTON, Texas (KTRK) -- Houston police released photos of a suspect who is accused of shooting a man to death at a car wash in southwest Houston.

On March 25, Charles Dade, 51, was shot and killed on South Dairy Ashford Road near Richmond Avenue after picking up his car from the mechanic, according police.

During the robbery, police said one of the suspects started pistol whipping the son. As the son tried to get away, that's when police said the suspect shot him in the leg.

He is expected to be OK.

"They want justice and I want justice. They have taken my soulmate, my business partner, my everything, and my best friend," said the victim's wife, Latasha Dade.

She says her husband was a giving man who helped everyone around him. Latasha Dade says his loss is a big one for this community.

"He definitely touched the hearts of so many people," said Latasha Dade.

Latasha Dade and her children were surrounded by loved ones on Saturday as they released balloons to the sky in honor of Charles Dade.

If you know information regarding the incident, you are urged to contact the HPD Homicide Division at 713-308-3600 or speak anonymously to Crime Stoppers at 713-222-TIPS.

WATCH ORIGINAL REPORT: Father and son were washing truck at car wash when they were shot in deadly ambush
EMBED More News Videos

The man and his son were in the middle of washing their truck when police said two suspects ambushed them and shot them before taking off.