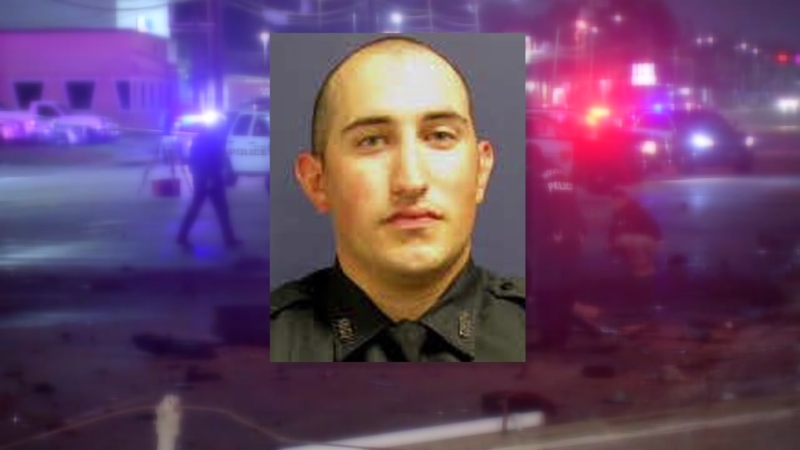 HOUSTON, Texas (KTRK) -- Doctors say they are pleased with the progress made by a Houston police officer who survived a fiery crash with a suspected drunk driver on Christmas Eve.

Officer John Daily underwent his fifth surgery Monday at Memorial Hermann Hospital, and a family spokesperson said he is taking things one day at a time.

Daily suffered burns to half of his body after police said Cesar Collazo, 23, crashed into his patrol vehicle near Telephone Road and Peekskill Lane around midnight on Dec. 25.

The officers' unit caught fire after the crash. Daily's partner, Office Alonzo Reid, was also hurt in the crash. He was released from the hospital on Tuesday.

Reid is now recovering at home.

Collazo is charged with intoxication assault of a peace officer and failure to render aid. His bond was set at $250,000. If convicted, he faces 60 years behind bars.