Mom and daughter who shot armed robber talk about encounter 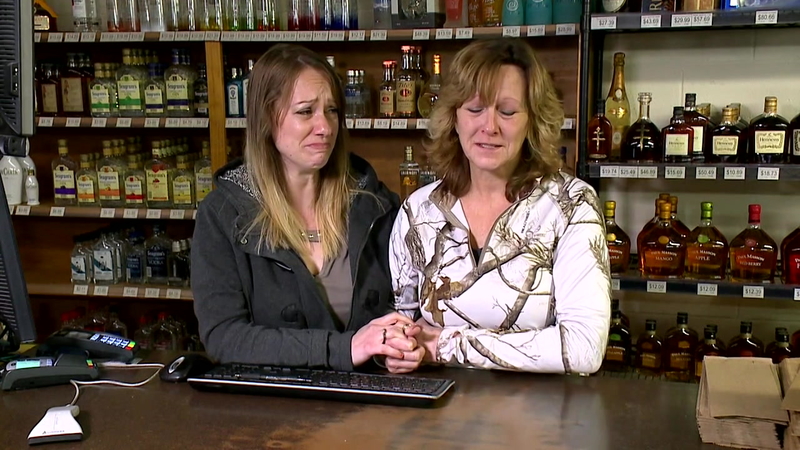 TULSA, Oklahoma -- The mother-daughter duo who took on a dangerous armed robbery suspect are now speaking about their terrifying encounter.

Tina Ring and her daughter Ashley Lee were working in their Tulsa family-owned liquor store when they said a man armed with a shotgun entered.

When the gunman turned away, the women said they grabbed guns of their own and opened fire.

They said all they could think about was saving the other's life.

"The next thing I know that I have my gun and I'm shooting him. And I get up and I shoot him again, and he just keeps coming back to me," said Ring.

The alleged robber was shot in the leg but he didn't give up.

He grabbed Ring, pistol whipped her and then tried to go after her daughter.

"Until you have a gun waving at you, you don't know what you're gonna be thinking. It happened so fast, but it seemed like it lasted for so long," said Lee.

Lee was able to squeeze off another round at point-blank range, shooting the man.

The mother and daughter were finally able to run out of the store to safety.

The man is in critical condition.

Ring and Lee say they're still here to talk about their encounter.

Lee does not plan to go back to work at the family's store.

A mother and daughter took matters into their own hands and shot a would-be robber at their liquor store in Tulsa, Oklahoma.